This model of Tophelm – Helmet with horns – is typical for European cavalryman of XIII-XIV centuries. We made horns as top figure of the helmet.  Such types of medieval helmet was worn over the mail coif, under what liner with stuffed roller was used. Late topfhelm was often worn over close-fitting skullcap cervelliere that in time evolved in bascinet.  Then mail coif was replaced with aventail, that was attached to the under helm (cervelliere or bascinet). Steel armor of such type was often used as a part of full European knight armor. You can use this medieval knight helmet for: SCA HEMA Larp Stage performances Medieval festivals Reenactm...

Topfhelm (Great Helmet) was widespread among the cavalrymen in the XII-XIV centuries. This model of battle helm is mostly typical for XIII century. Great Helmet was usually worn over the mail coif and padded liner. Such system was guaranteeing comfortable and tight fit of this medieval head protection. Frontage is equipped with forced cross-shaped plate. Oculars and holes on visor provide with free seeing and breathing. You can use this custom handmade head protection for: SCA HEMA Larp Stage performances Medieval festivals Reenactment events Main photo shows early medieval helmet with following options: Cold-rolled steel 1.5 mm; Mirror po...

Great Helm (a.k.a. Grand Helm or Topfhelm) is a type of European helmet, which was popular among the medieval cavalrymen in the XIII-XIV centuries. Topfhelm appeared in times of Crusades and was evolved from the open nasal helms. Grand Helm has typical cylindrical form. Frontage is equipped with forced cross-shaped plate. Narrow eye slits and holes on the visor provide with good vision and free breathing. Sometime, holes were located in various layout, shaping a pattern, e.g. some symbols or crosses. Neck is not closed from the back side, but by your regards we can install additional neck plate for best protection. Medieval knights wore Great Helms over padded liner with stuf...

Presented closed knight helmet is an evolution of medieval head protection topfhelm.  It is called the Sugarloaf helm. The helmet has no moving parts. Foot soldiers usually did not wear such helmet. However, such head armor was popular among mounted knights. Main purpose of battle helm was to protect the rider from a direct strike with a spear. Two narrow eye slits and holes on the both sides of visor allow perfect vision and breathing during the combat. By your wish, we may drill breathing holes only on one side of helmet. This made-to-measure Middle Ages helmet is completely handcrafted by our artisans. You can use this functional combat helmet for: SCA HEMA Larp...

Great Helm first half of the 14th century

Classical model of Topfhelm (also known as bucket helm or pot helmet) was often used by medieval knights in the end of XIII-early XIV centuries. Such Great helm of the first part of the XIV century was popular as for tournaments, so for battle actions on wars actions. Warriors wore topfhelms over the mail coif, and in time – on the little metal cap cervelliere. Frontage of pot helm is equipped with forced cross-shaped plate. We recommend wearing of this medieval battle helm over mail coif and padded liner for complete protection. You can use this custom handcrfated helmet for: SCA HEMA Larp Stage performances Medieval festivals Reenactment events Main p...

Great helm appeared approximately in the end of the XII century in times of Crusades and was in use among cavalrymen until the XIV century. This closed pot helm provides with complete head protection during the combat or bohurt. However, despite of such design, you may breathe free and have a wide arc of vision. Leather belt with buckle fixes this heaume under the chin. For more comfortable and safe using, we strictly recommend to wear this bucket helmet over the padded liner. Mail coif will be additional protection. You can use this custom handmade battle helmet for: SCA HEMA Larp Stage performances Medieval festivals Reenactment events Main photo shows...

Great helm, also known as tophelm, bucket-, pot-, and barrel-helm is a helmet-symbol of the High and Late Middle Ages. Also it was the first Middle Ages helmet that completely enclosed wearer’s head – a new stage of Medieval head defence.

Tophelm evolved in mid-XIIth century from conical viking-type helms. At the end of XIIth century these flat-topped transitional helmets got metal plates covering most of one’s face – facemask. And in the first third of XIIIth century, a separate plate was fixed to helmet's backside for neck protection. As time passed, this backplate extended to sides and joined with facemask – the great helm was born.

It was greatly protective, however, not really comfortable helmet. You’ll have problems with visibility and breathing when you wear it. That’s why facemask was often pierced with holes – just to be able to breathe. Talking about big cool crosses on facemask that you surely associate with great helmet, there are two reasons for them.

Firstly, cross on helmet’s front served as small additional protection, secondly – it was emphasizing wearer’s religiousness (it was a really cool thing during Crusades, trust us).

Like any other helm, bucket helmets have been developing throughout its history. During the XIIIth century helmets grew longer, protecting more of head and neck. By the beginning of XIVth century, barrel-helm became long enough to rest or almost rest on wearer's shoulders. Great helm's shape also transformed into more rounded and conical to deflect or lessen blows’ impact.

There were few variants of helmet fixation on wearer’s head:

* Leather band riveted to the inside with triangular gussets drawn and laced together in the center.

Check these out in padded liners and caps section.

Cervelliere or early bascinet also were often worn under the great helm as an additional layer of protection.

Considering helmet fully covers wearer’s head and face and one can’t distinguish friend from foe under it, various coloring and crest forms were used for knight's identification.

XIIIth and first part of XIVth centuries were tophelm's rise but by mid-XIVth century bascinet started to replace it.

Choose tophelm for your taste – check out the coolest “horned bucket” or dandy “crusader's pot”.

Whichever you choose, we guarantee the greatest quality and perfect look. It is a great helmet, after all!

For over 15 years our craftsmen’ve produced the best head armors. For your convenience, they’ve prepared How to take measurements for helmets manual. Don't forget to use it before ordering. Feel free to ask any questions while making an order.

Haven’t found anything for your taste? Contact us via email [email protected] – we’ll produce custom models just for you. 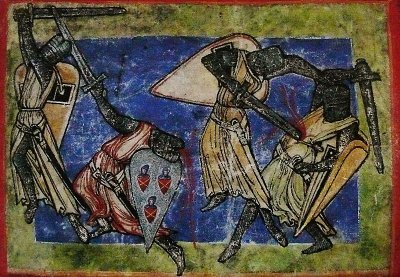 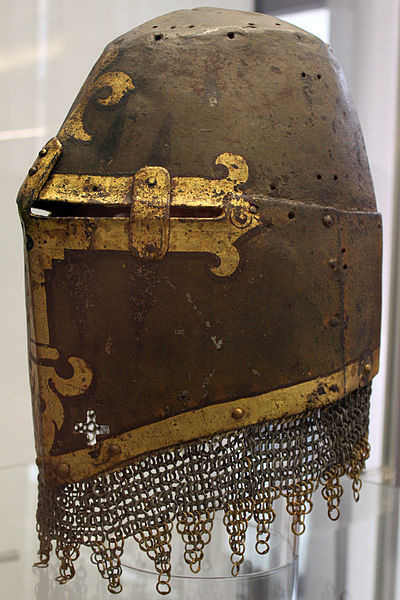 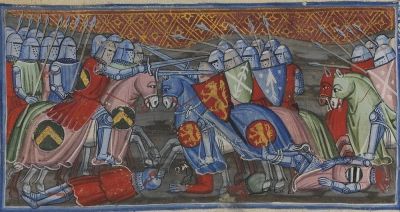 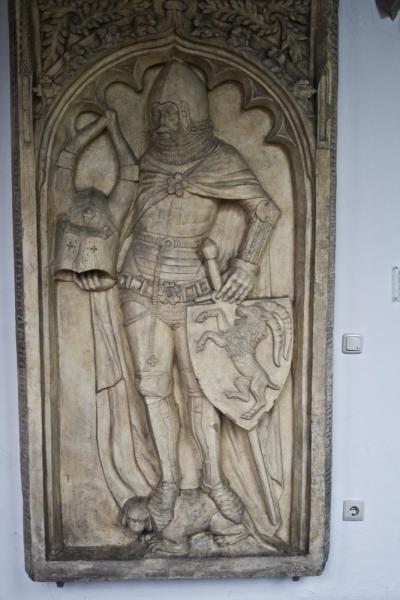 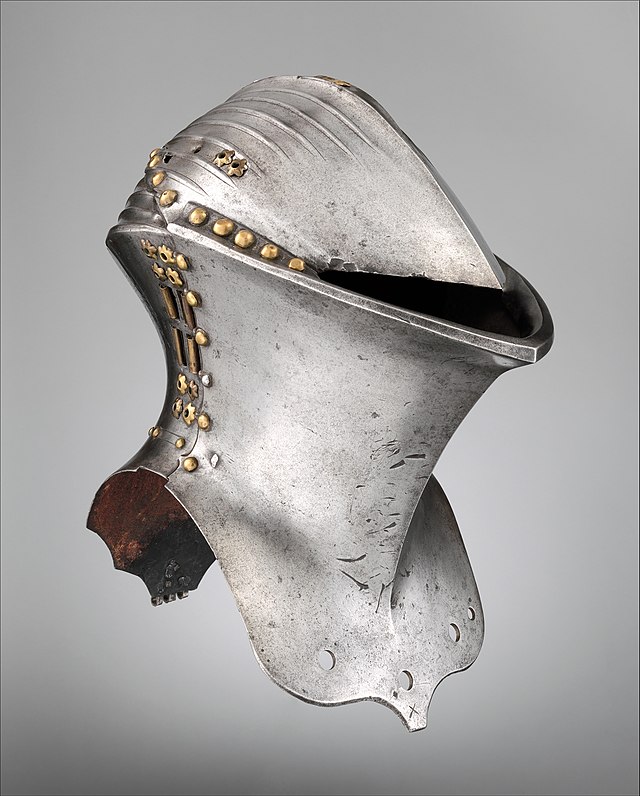 Bought this second hand from a colleague, drilled extra air holes for better breathing and wore it in IMCF 2018 world championships. It is a tank and has taken extreme blows and I've never felt a bit. Love this lid.