Barbute was a kind of Classic Corinthian helmet during Renaissance in the third quarter XVth century. Medieval barbute helmets consciously copied elements of ancient helmets simultaneously being separate narrowly specialized form of salled, which, in turn, evolved from an early bascinet. No wonder that barbute helmet wasn’t that popular outside Italy as it appeared concurrently with much more functional salled. But Romans’ descendants were no strangers to unusual things.
Name Price Rating New

Italian barbute of the XV century

Barbute is type of popular infantry helmet in Italy of the XV century. Italian barbuta, c. 1460, of the T-shaped form, the Metropolitan Museum of Art Due to cheek guards, face is largely covered. Etymologically, the word “barbute” is derived from Italian “Barba”, what means “beard”. It can be interpreted as “Bearded helm”: cheek guards or beards, staring from under the helm are meant. Open-faced helmet barbute could have T-cut or Y-cut from the front. So, face was covered only partially. Dome could be conical or spherical conical. This model of battle helmet barbute is typical head protection of medieval infantryman. Armor is completely handcrafted by individu...

Barbute (or Barbuta) was a popular model of Italian helmet among infantry until the end of the XV century. Name of helmet was derived from Italian word “Barba” (“Beard”). Depending on the region of using, such medieval armor helmet could be called “Italian sallet” or “Italian bascinet”. It could also have various design: cheek plates were covering face completely or partially. Despite of almost complete head protection, barbute is classified as open helmet due to uncovered opening from the front.  You can also see a helmet with an additional option “brass strips”   –  Video review is here : https://www.youtube.com/watch?v=shbDHB8...

Barbute was a kind of Classic Corinthian helmet during Renaissance in the third quarter XVth century. Medieval barbute helmets consciously copied elements of ancient helmets simultaneously being separate narrowly specialized form of salled, which, in turn, evolved from an early bascinet. No wonder that barbute helmet wasn’t that popular outside Italy as it appeared concurrently with much more functional salled. But Romans’ descendants were no strangers to unusual things.

Just as hoplite helmet, barbuta is unique due to its visorless design and distinctive "T" shape or "Y" shape opening for eyes and mouth. Dome’s sides extended towards the front protecting fighter's face below the eyes.

Historically, barbute was mostly worn with "standard" – stiff mail collar – for the quality throat and neck protection. But it could also be worn with plate gorget or else.

Interestingly, some of discovered barbute helms were covered by rich decorative fabric, mostly – velvet. Moreover, loads of barbute helmets had a hole at skull’s top for attaching decorative crests.

Commonly, barbuta was made from single metal sheet but some could be made of iron faced with steel (hard outer surface with ductile inner layer) to prolong dome's life.

Barbutes were mostly forged with one rib-crest going from the forehead to head’s back, which made it possible to further strengthen head protection without increasing its weight too much.

Our blacksmiths have been working with medieval helmets for over 15 years, so you can just order one to your taste and be sure that you’ll receive a top-quality custom product according to your wishes.

Talking of measurements, don’t forget to use our How to take measurements for helmets manual.

If you haven’t found among our barbute helmets for sale the one you want, contact us via  [email protected] We’ll create a custom model specially for you.

Barbutes with hinged nasals are recorded in Italian paintings and miniatures, but only two helmets with surviving nasals are known, both from Chalcis. 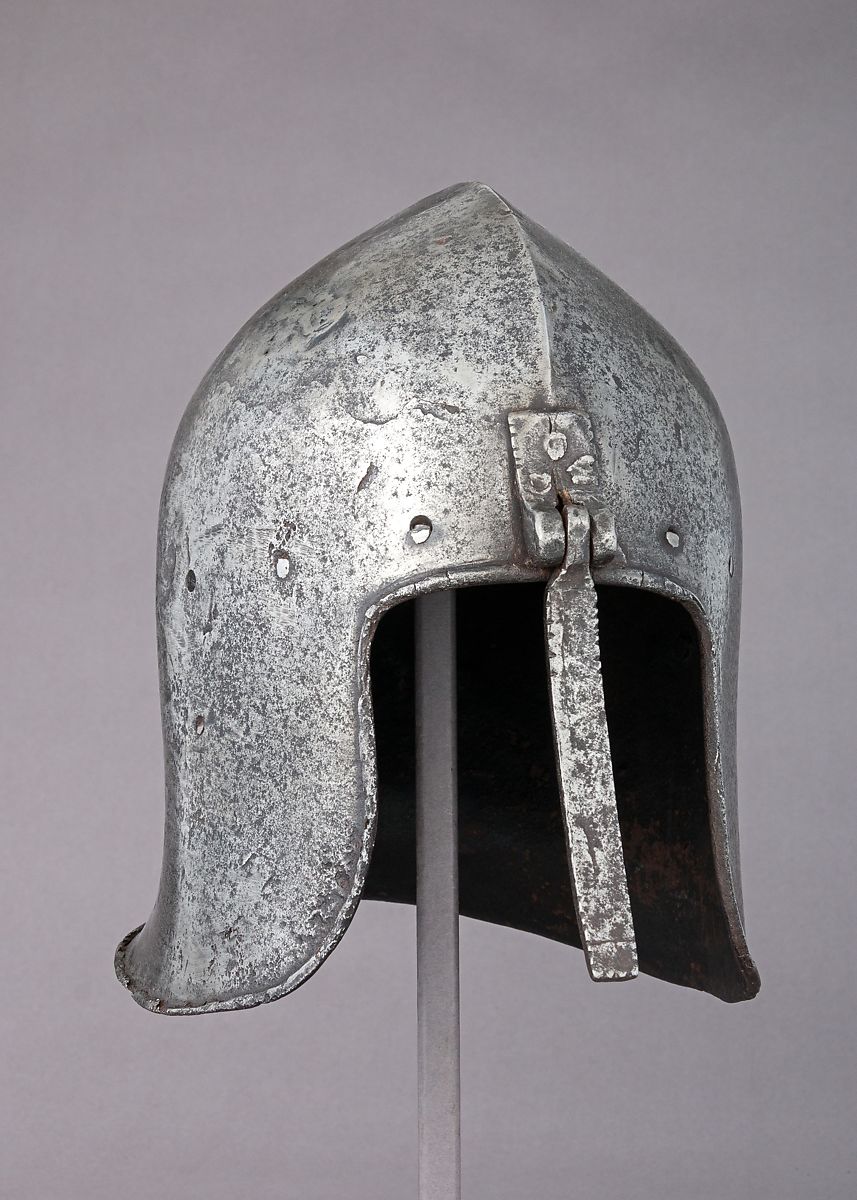 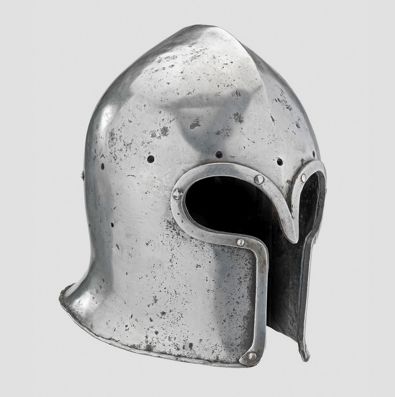 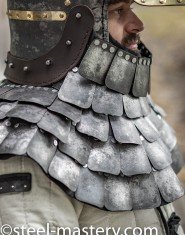