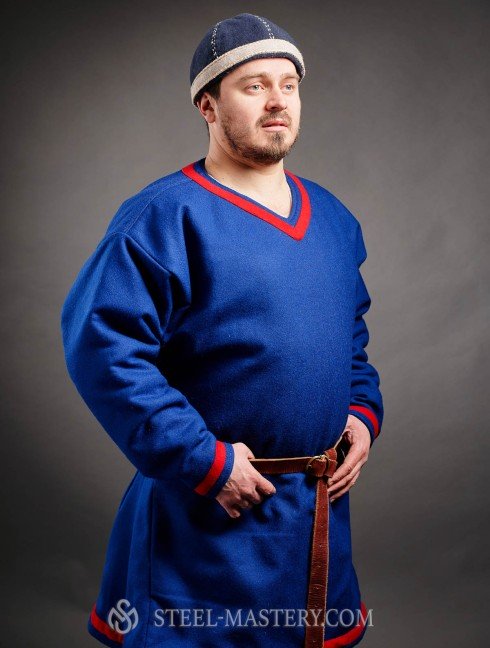 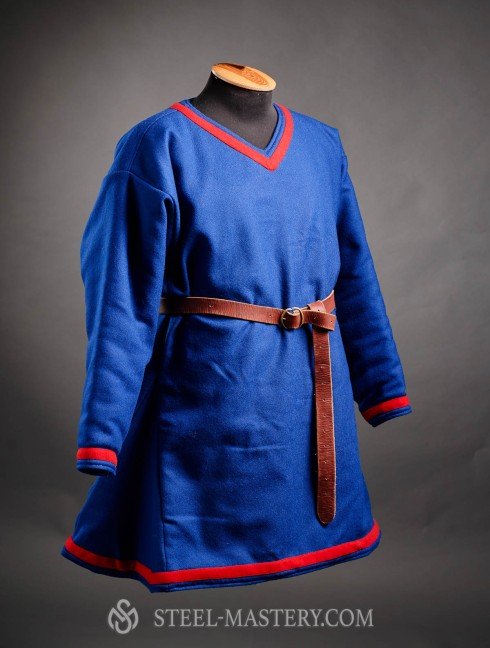 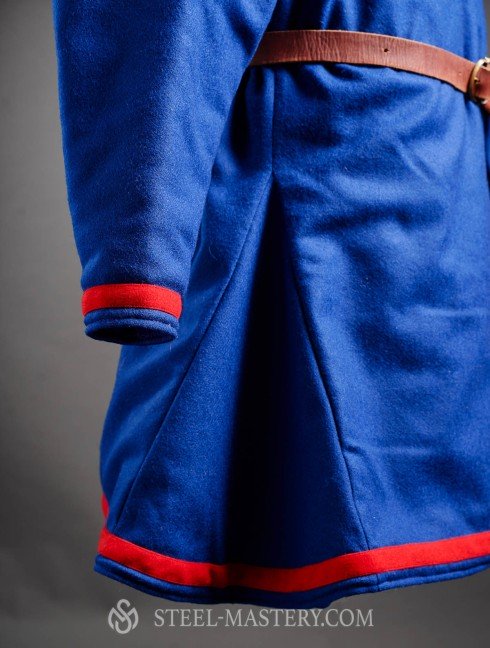 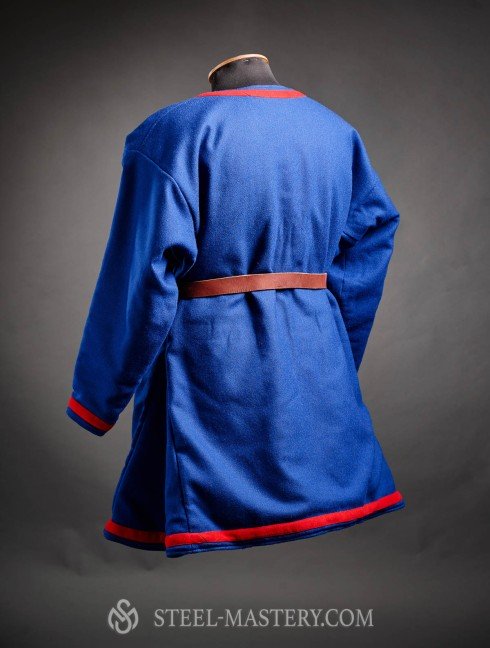 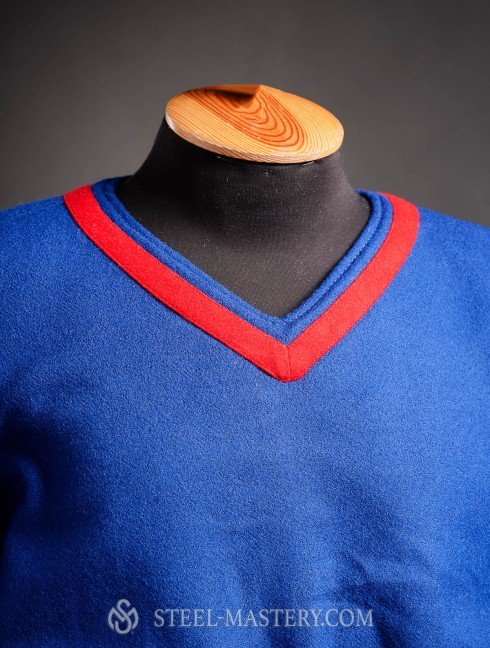 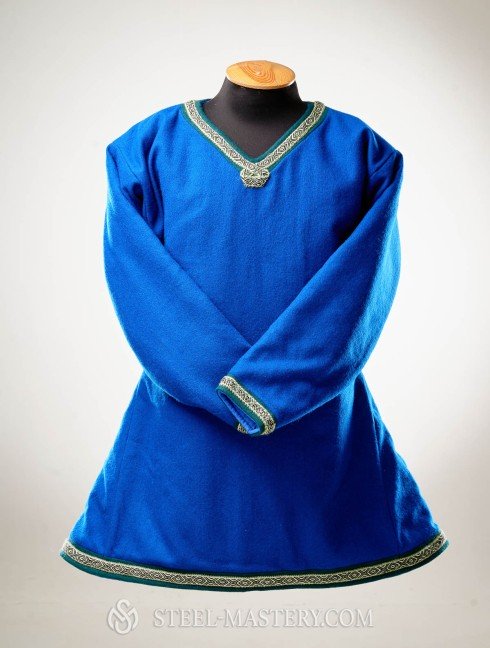 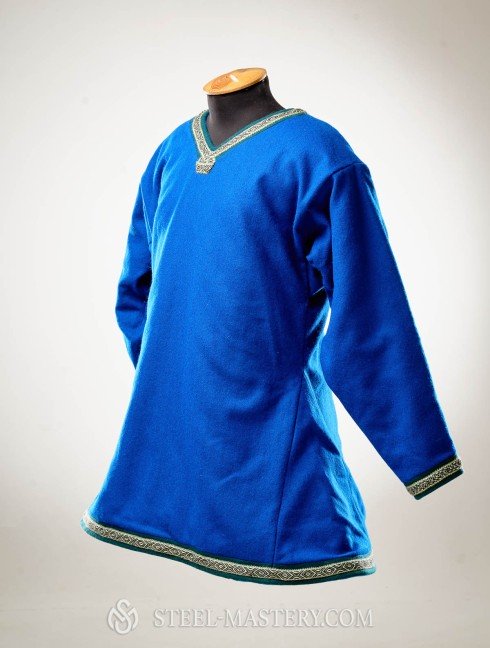 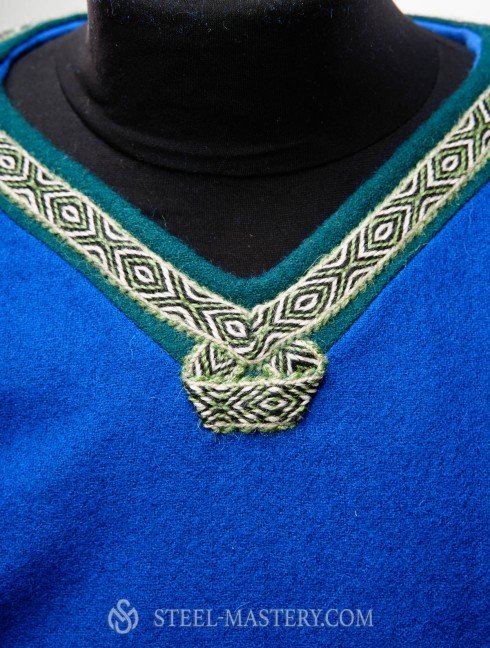 If you want to reconstruct Scandinavia or Russia of the 10th-12th centuries or the early Middle Ages in Europe in general. If you were born too late and your soul demands raids and looting... If Odin calls you to die in battle and ascend to him in Valhalla... But that's where we got carried away.

Let's put it this way, if you want to look authentic and wear your chainmail just over a couple of shirts (Well, no classic comfortable gambeson for the Vikings have been found. In any case, this is how most of the luminaries of reconstruction, which are engaged in this period.), but at the same time and your health is a little expensive, and arriving from fellow Vikings would like to soften the blows...

Especially for you, our craftsmen sewed this amazing piece - it looks like an authentic Scandinavian shirt. It is tailored according to 10th century finds from Birka and Hedeby. And the very existence of quilted shirts is confirmed by an 11th century find from Viborg, Denmark.

Even the trim is traditional Scandinavian. Well just an awesome shirt, you'll agree.

For those who want we can decorate the shirt with braid and applique for a fee.