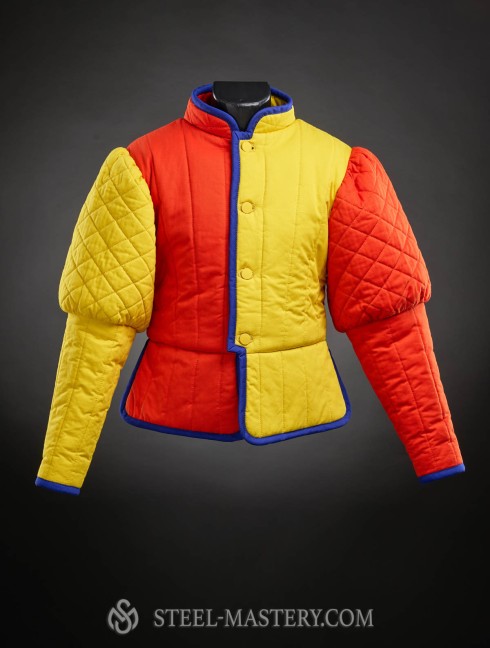 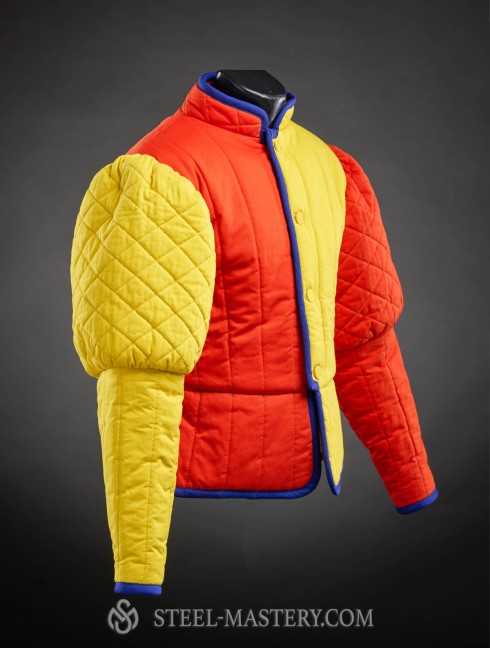 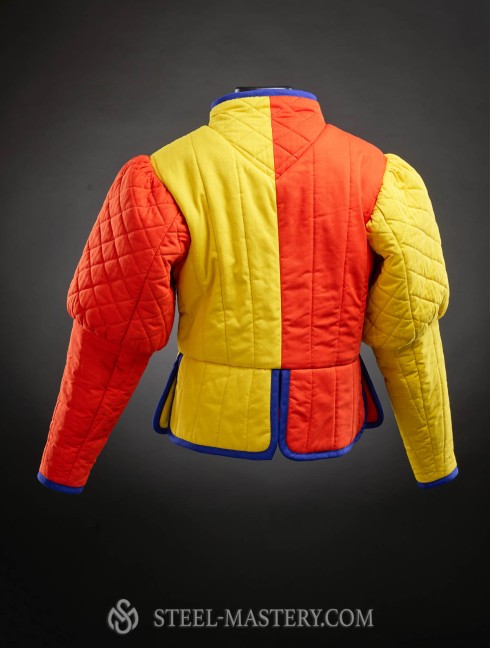 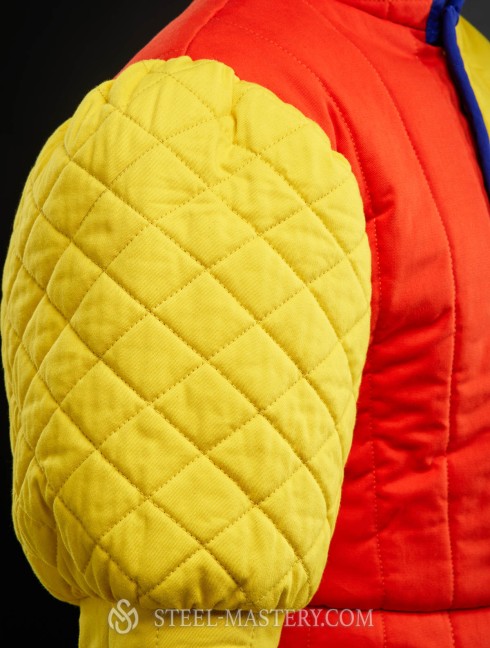 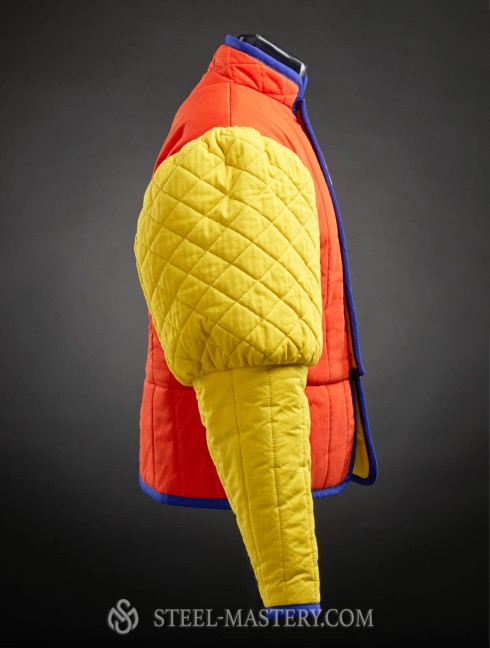 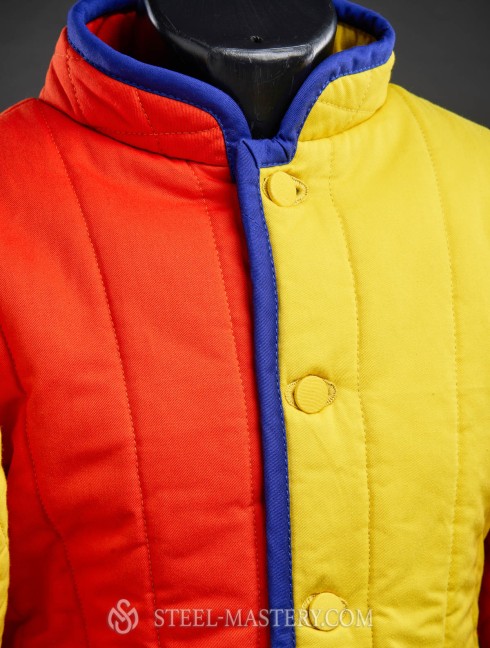 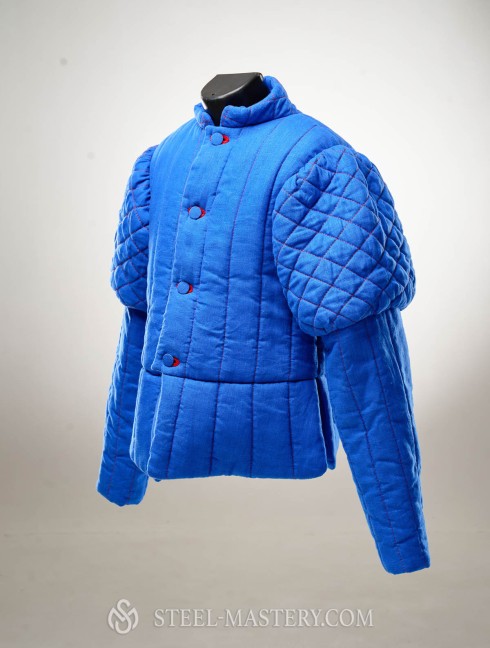 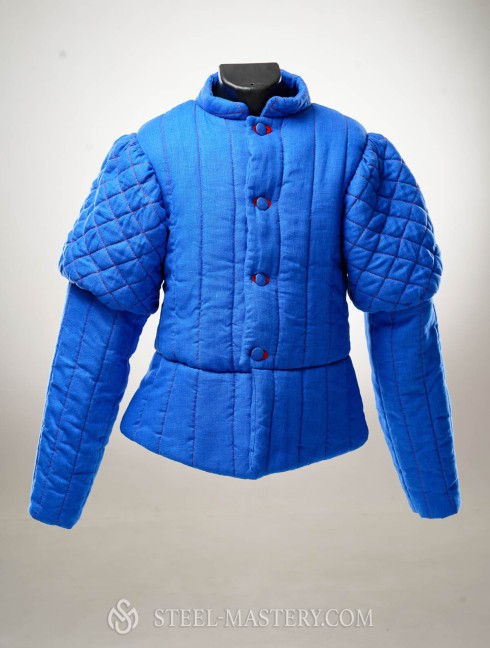 Here is trendy men’s doublet clothing of the mid-XV century – farsetto, which was very popular as on the territory of the North Europe, so in the lands of the South Europe, at civilians’, so at military men’s.

Silhouette in a shape of triangle with wide shoulders and thin waistline was achieved with tight fit of farsetto on the body and splendid puffs on the upper part of sleeves.

Depending on the region, this silhouette could vary. As a rule, the northern region a fashionista lived, the shorter and splendid puffed sleeves he had. Though, he had less quantity of fastenings. Besides, design of the back part of color varied.

Artists of Renaissance period left us a lot of paintings, which allow us to reproduce a faretto nowadays. Thus, this medieval doublet often appeared in the creative works of Piero della Francesca, Perugino and Memlinc, though others brothers of the brush did not set it aside. 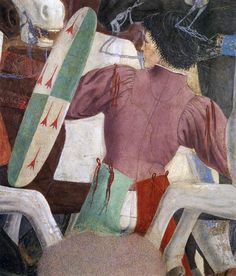 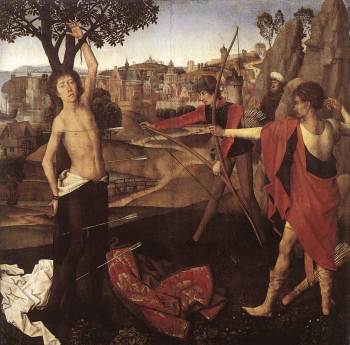 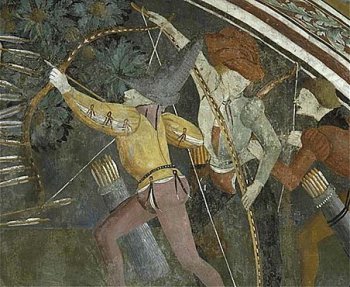 So, by choosing what piece may we offer you from the men’s wardrobe of the middle of the XV century, we could not leave out a farsetto. After analyzing of the existing graphical sources and descriptions, Steel Mastery crafters took the best from the each and recreated the generalized look of the perfect arming doublet – farsetto, which is appropriate in any corners of XV century Europe. Short tight silhouette, narrow sleeves with puffs, short and tough collar. We decided to fasten men’s doublet farsetto with light brown leather belts with stylish cast buckles of golden color. However, by your regards, we may replace them with buttons or leather laces. This classy padded doublet is decorated with vertical stitching and puffs – with contrast diamond-shaped stitching.

This medieval outfit warms and adorns its wearer; it is light and does not restrict your movements during medieval fencing. In addition, it may be used as underarmor. By your wish, we can sew this Renaissance doublet of other fabrics in any colors.

If you will order this doublet in cotton, it will has cotton lining. If in linen or wool – linen lining.

jose santiago
(5)
the pictures do not do this item the justice it deserves it is a work of art when its worn. It is so much better when worn love it
Claudia
(5)
jacket has arrived, everything is fine, thanks.
see more reviews