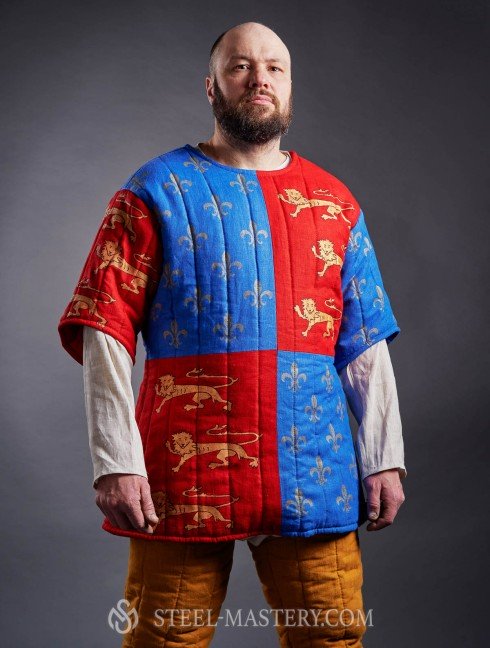 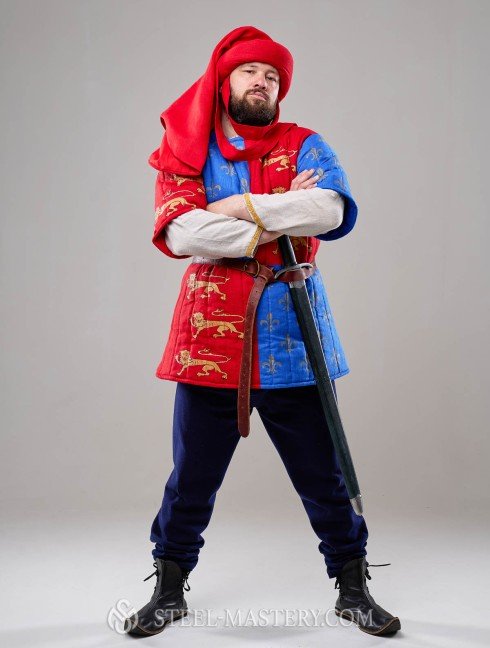 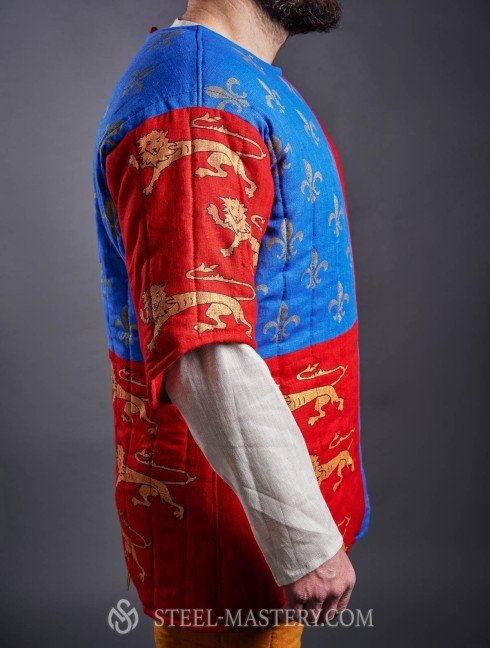 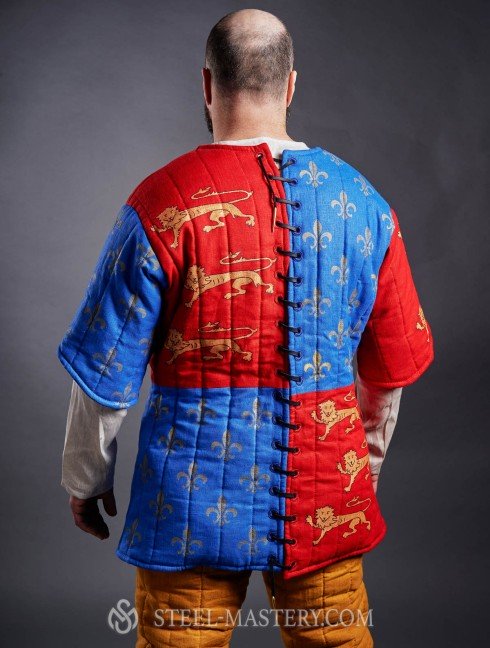 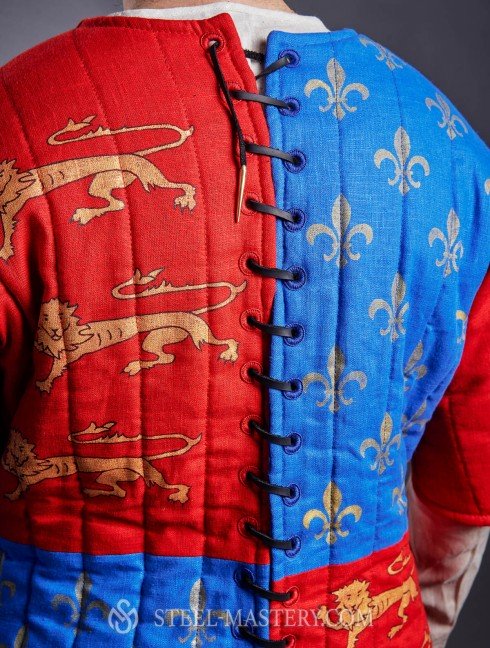 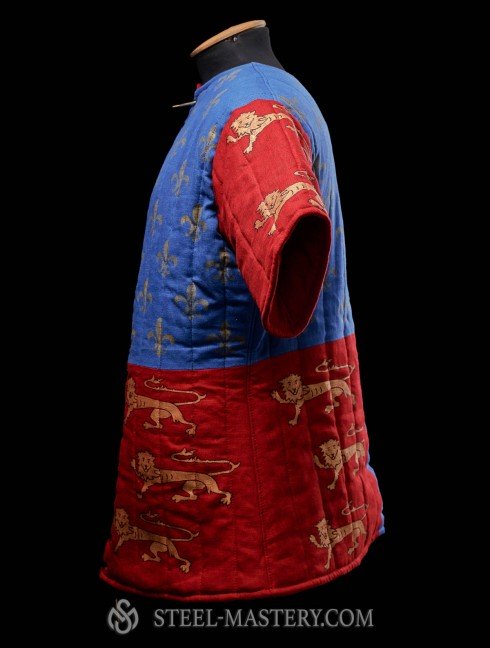 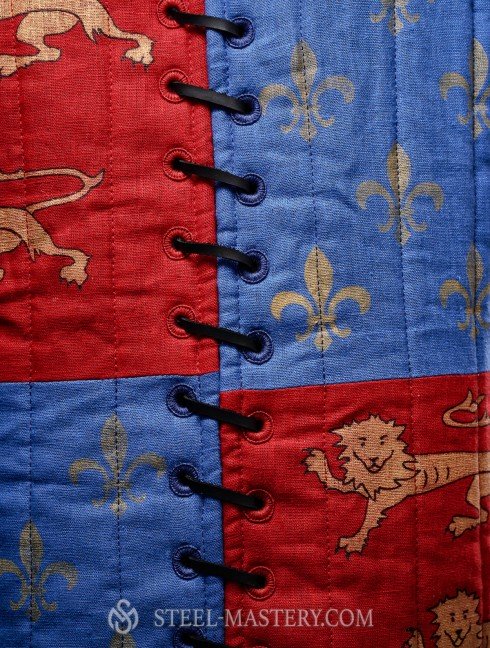 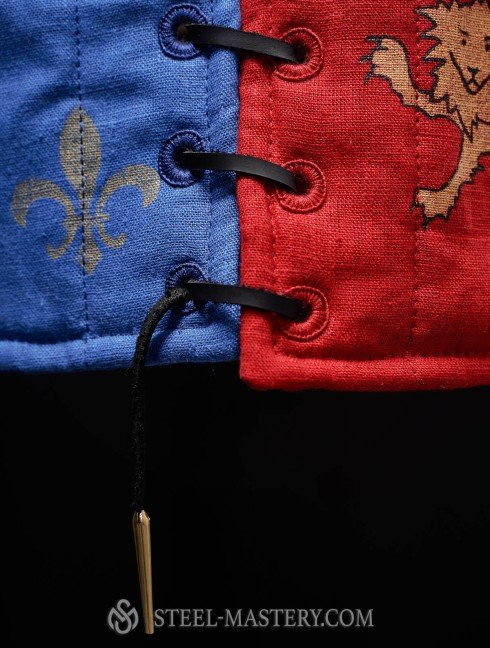 Meet the stylisation of gambeson of Edward Woodstock, better known as the Black Prince, so bow your heads and kneel in memory of one of the greatest knights of the Middle Ages.

One of the most successful commanders of the Hundred Years' War for England and one of the most brutal conquerors for France. Eldest son of King Edward III of England and heir to the English throne, who never became king because he died before his father of a totally unheroic bloody diarrhea.

Black Prince was buried in Canterbury Cathedral. The good monks retained the prince's helmet, shield, gauntlets and, most importantly, his gambeson. 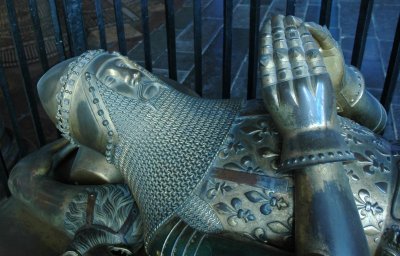 Like the original gambeson of the Black Prince , the one you see on screen is made of dense linen. Stuffed with two layers of the best batting (1 layer in the armpits for better hand mobility and to avoid overheating).

The gambeson cover consists of red and blue staggered panels. They are decorated with heraldic lilies printed in gold on the blue field and heraldic lions on the red. So British!

It's blasphemous to hide such beauty under armor, so we recommend wearing it over your armor as extra protection and the embodiment of beauty that will simply blow your enemies away. The Gambeson fastens with the historical lacing (36 perfect holes, delicately hand-sewn by the gentle maidens' fingers), but we can make laces, straps or paired lace-up holes especially for you. This stunning quilted guard is laced on the back, but one word from you and it will lace up the front.

Order it, wear it on and catch the admiring and envious eyes of everyone around you.