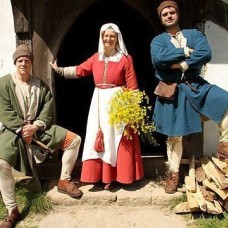 The nerves are not made of steel, that’s why from the “Tudors” series with all its factual errors, inconsistencies, pretentious plastic armour and vulgar dresses we’ll move on to something else to soothe a wounded heart with – the “Tudor Monastery Farm” BBC documentary.

Tudor Monastery Farm. Where to find such happiness? The right clothes. For gentlemen. For ladies. Life. A little bit about the food. What if you want it too?

BBC is usually quite serious about history. However, I have only realised that in full after watching the “Tudor monastery farm” series of documentaries. I’m warning you straight away – you won’t see any luxurious gowns or King’s armours (although one can learn a lot about the royal kitchen and cuisine); there are no balls, precious stones or jousting. However, what you can find – is a precise instruction on what to wear and how to act, if you truly want to recreate the Tudor’s epoch as a commoner: clothes, footwear, dwellings, food, agriculture – all to the tiniest detail.

Where to find such happiness?

If you find some free time to visit West Sussex in the United Kingdom, and make it to Singleton village (keeping Chichester in mind as a compass), you will be able to visit The Weald and Downland Open Air Museum. It’s 20 hectares with nearly 50 buildings between 13th and 19th century, gardens, farms, lakes, woods and a river. Some of the buildings are more than 50 years old, but they are used just as much as the recently built ones.

And most importantly – at this museum not only you can have a look at and feel the history, but to become a part of it – try on the clothes, work at the loom or at the potter’s wheel, at the farm or in the kitchen. Of course you won’t feel yourself as Henry VIII or one of his queens, but this way you can touch and feel the real history of the period.

I won’t be conducting a virtual tour over the museum – it’s website is better suited for that purpose. But about its’ exhibits – that is something I can tell. 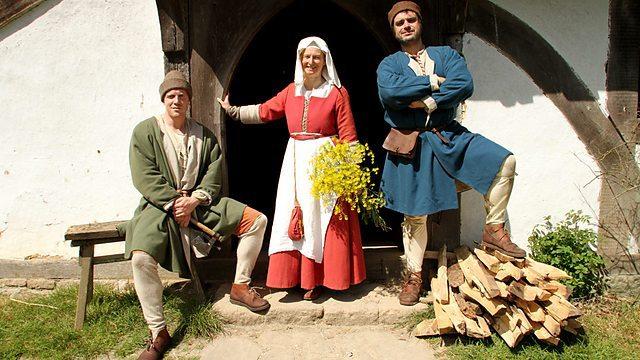 There are options. You can show off with a fashionable hat, wide pantaloons or with stylish black stockings. 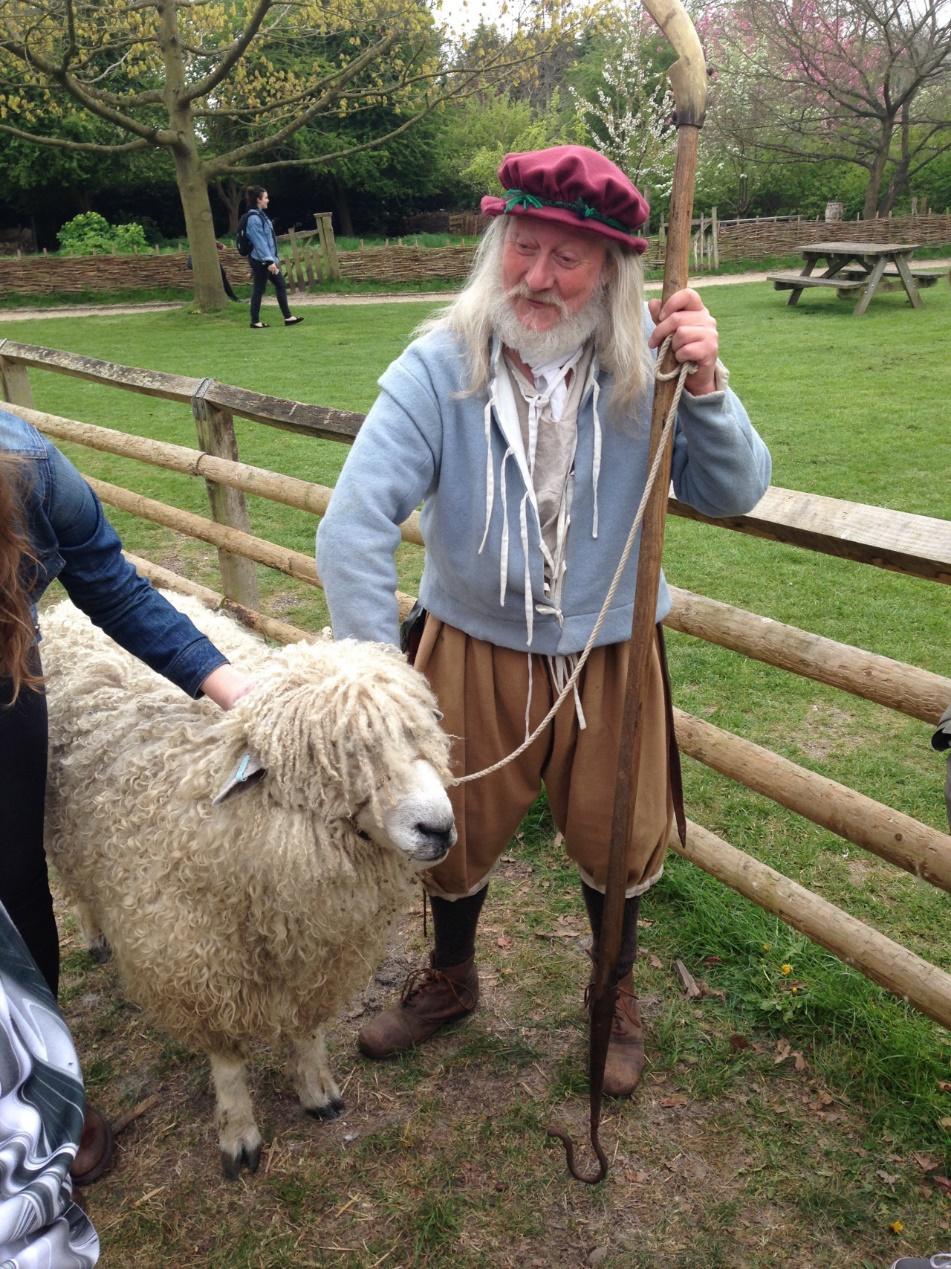 Or you can dress up in a simple, yet tasteful way. 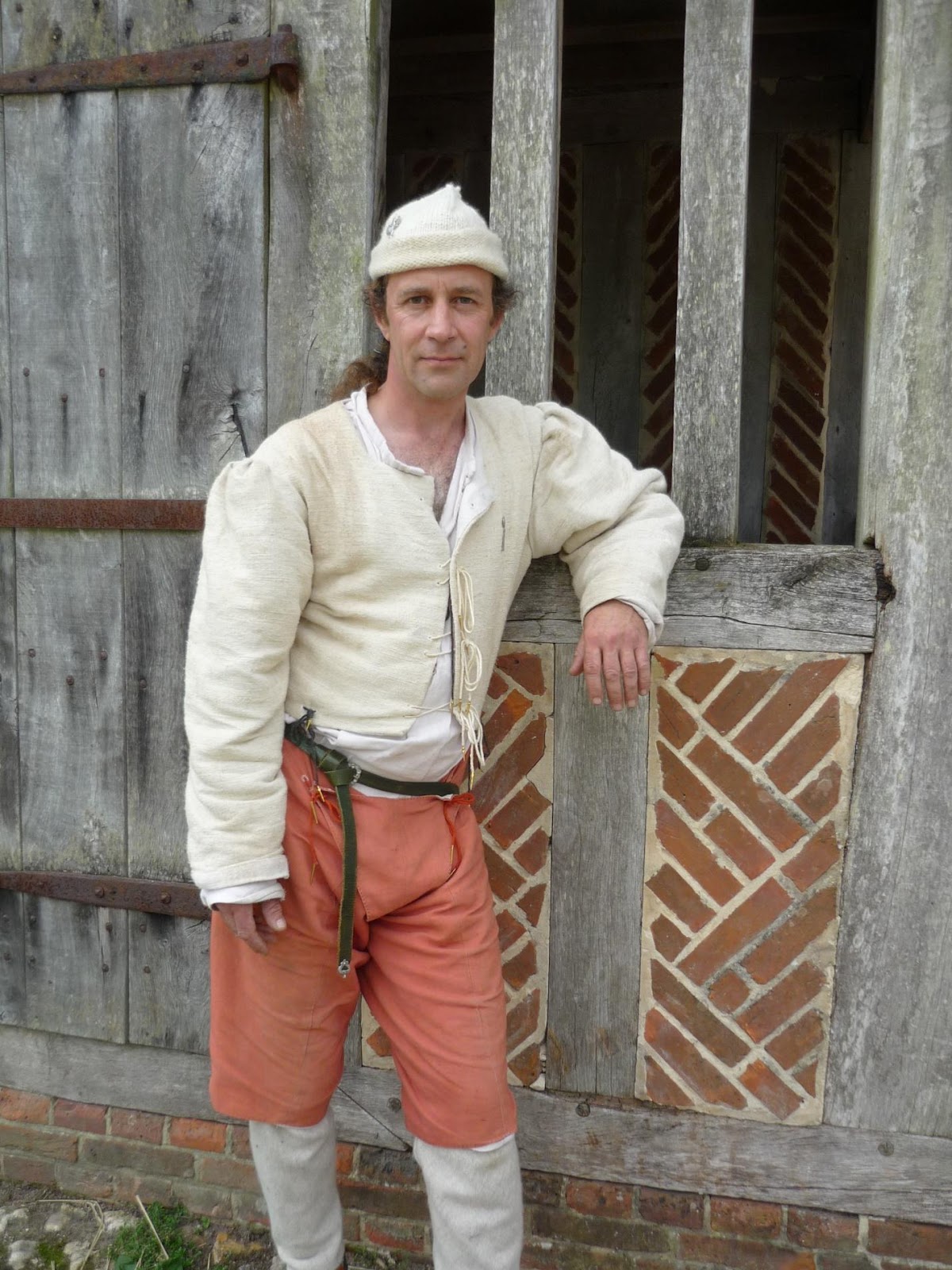 A lady of the epoch will not have a neckline down to her bellybutton (despite producers’ of “historical” films desires). Her outfit is rather modest: chemise (long gown), short stockings, kirtle dress (it could have interchangeable sleeves, and another one could be worn underneath), shoes, her head always covered with a shawl, coif or hat; a purse is attached to the belt, and if a lady is busy, she would also usually wear an apron. 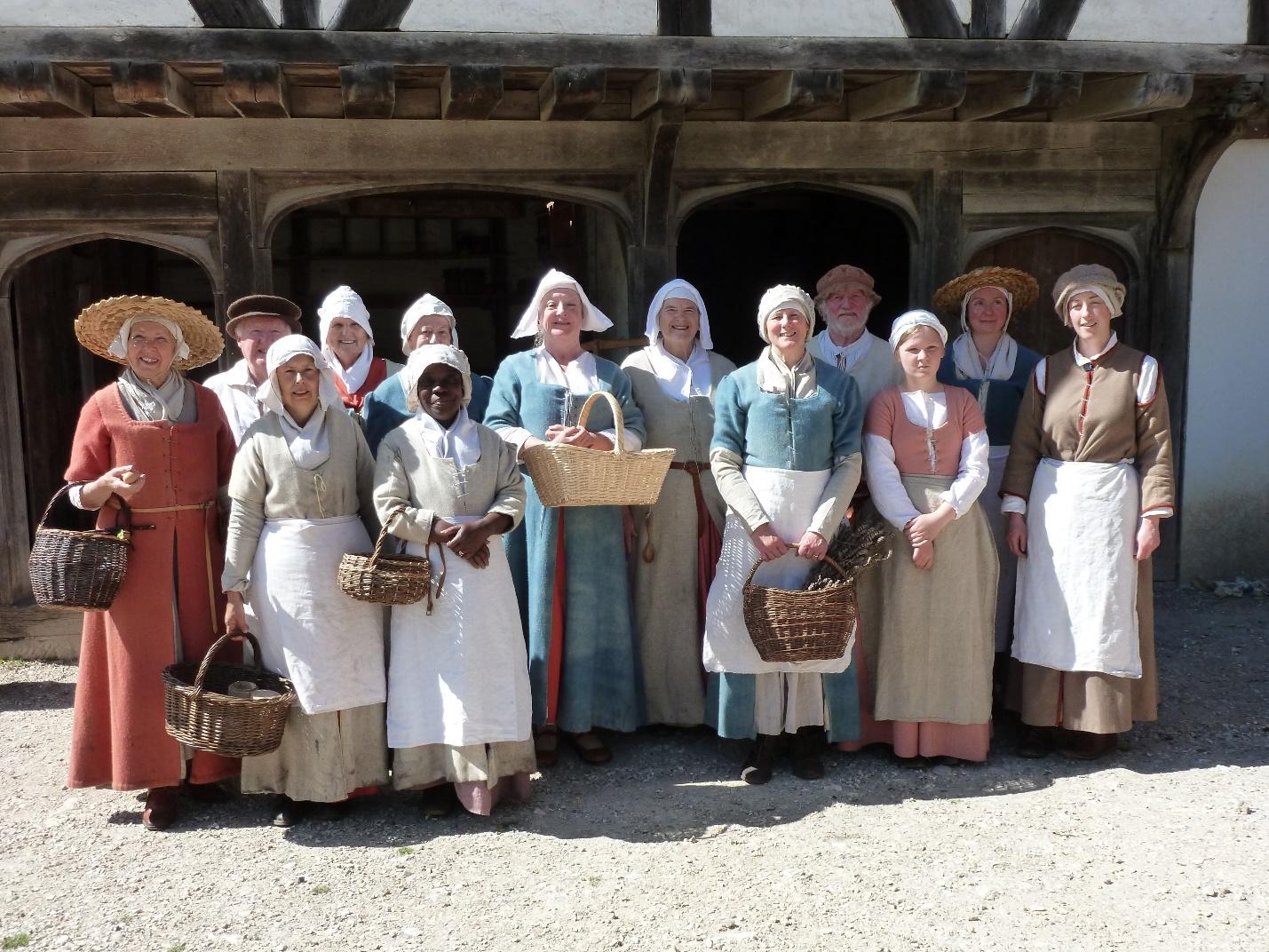 As you can see, the outfit is quite plain, no silk or suede, but no one will point fingers at you if you’re wearing one of those, as no-one will through you into the witch fire. ;)

And here are the ladies dismantling wool – most of the clothes will be woven from it: 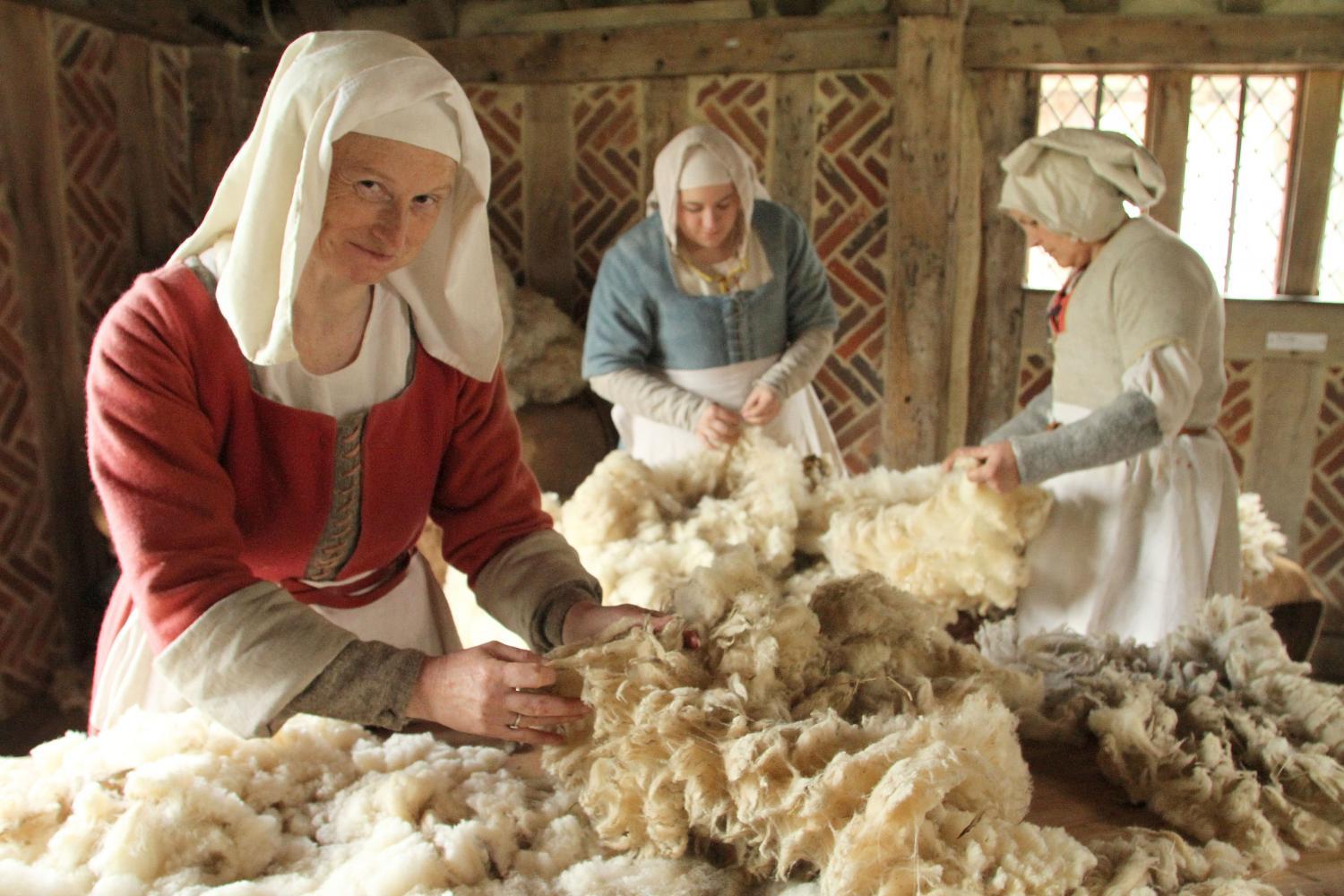 Some of the ladies are quite dangerous – they keep a knife on their belts. 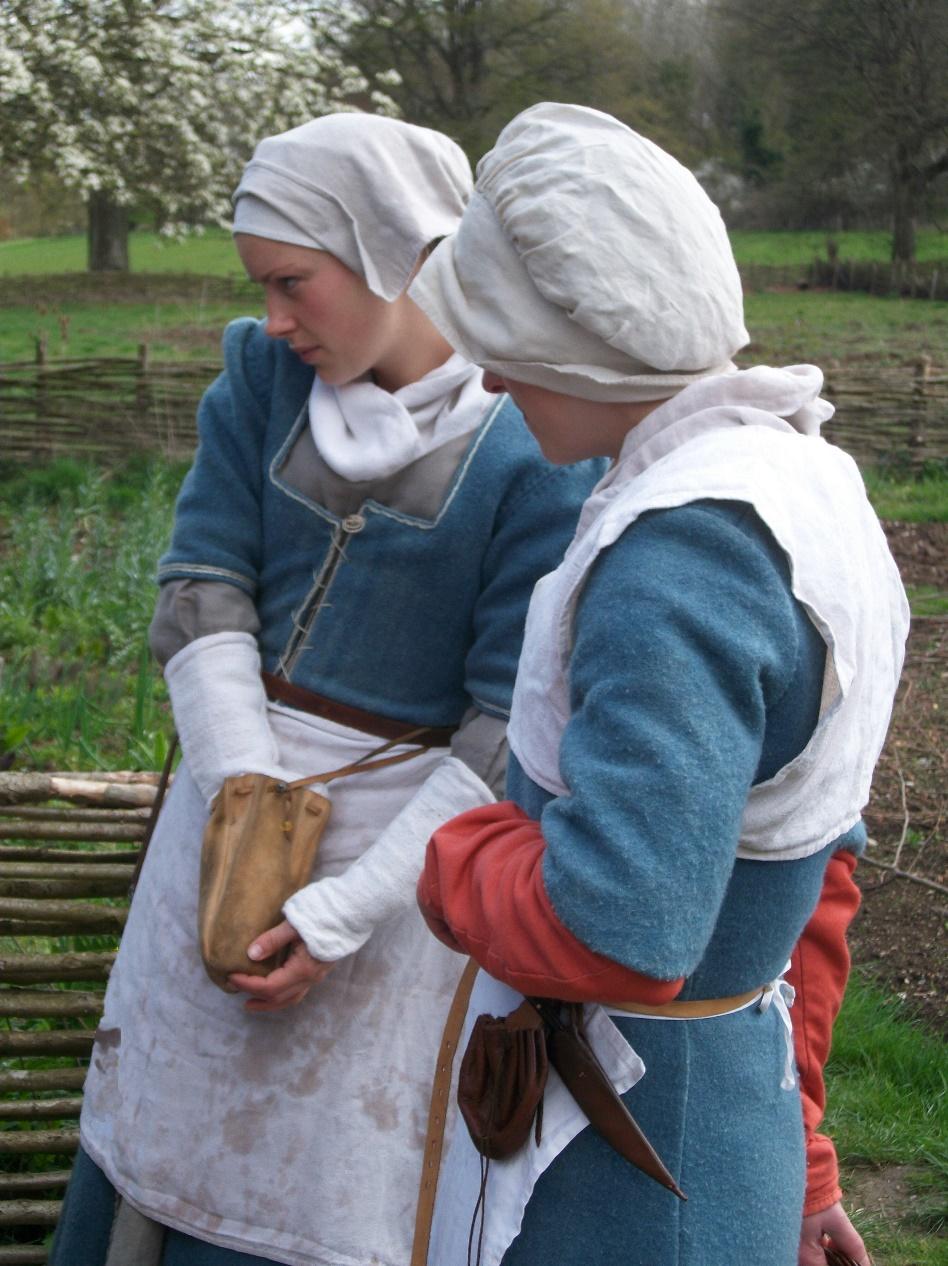 All this goodness was made, of course, only from wool, linen and cotton. Shoes and belts were made from leather, quite widespread were the wicker hats; canvas bags on the shoulders; purses attached to the belts (made both from leather or fabric).

Even though for a modern person it may seem that those clothes are too bulky and uncomfortable, they are actually well suited for almost any kind of activity.

One could live in a 16th century house. It’s plain, but quite nice and cosy. Whitewash, wooden beams, tiled roof. No windows, though, but in case of rain, snow or cold the house has shutters. And during summer ventilation is even better than in modern houses. 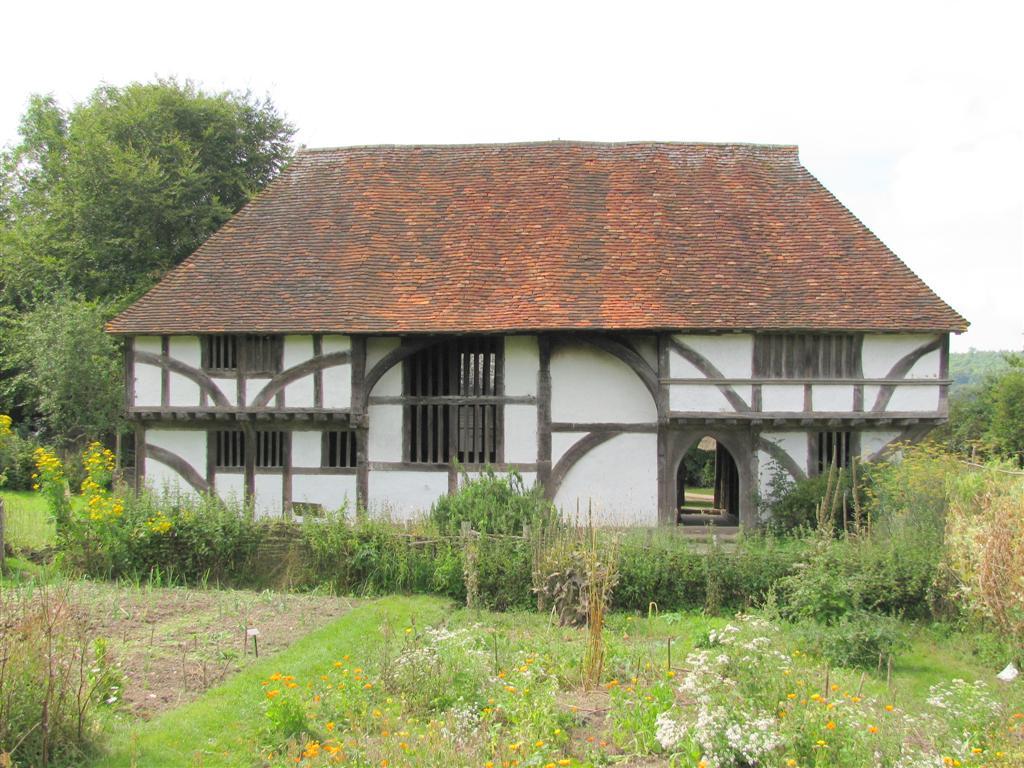 Or you could sleep in a pull-out bed: 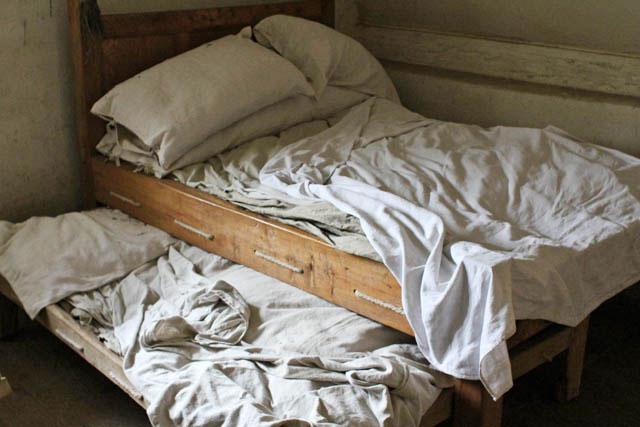 You can open a small shop/workshop. 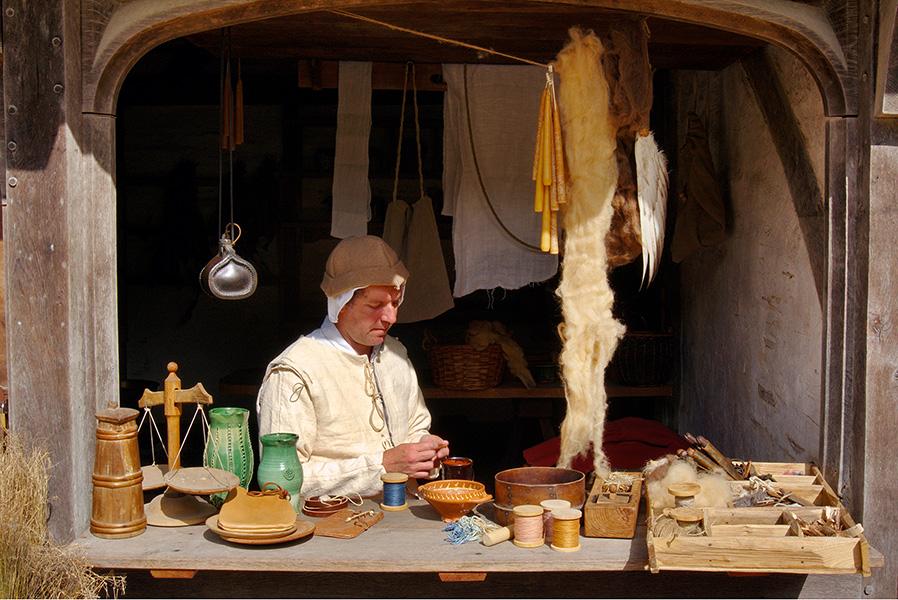 You can become an armourer. 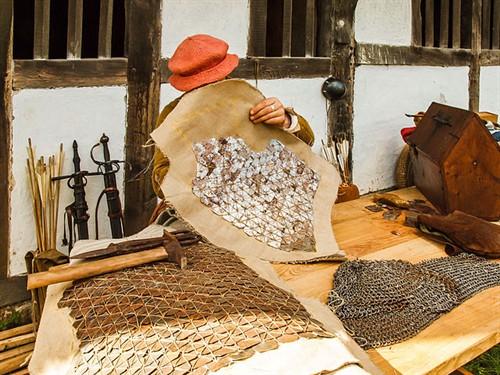 You can take part in spring agricultural works: 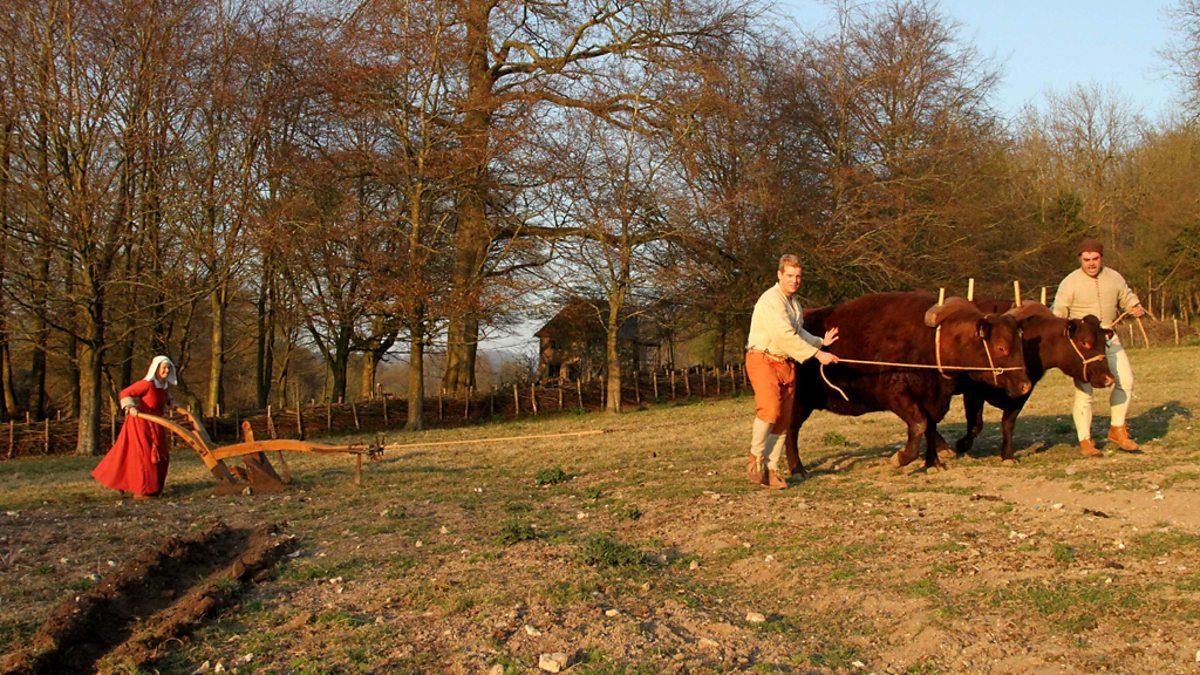 Or you can fish. Gotta catch them all! 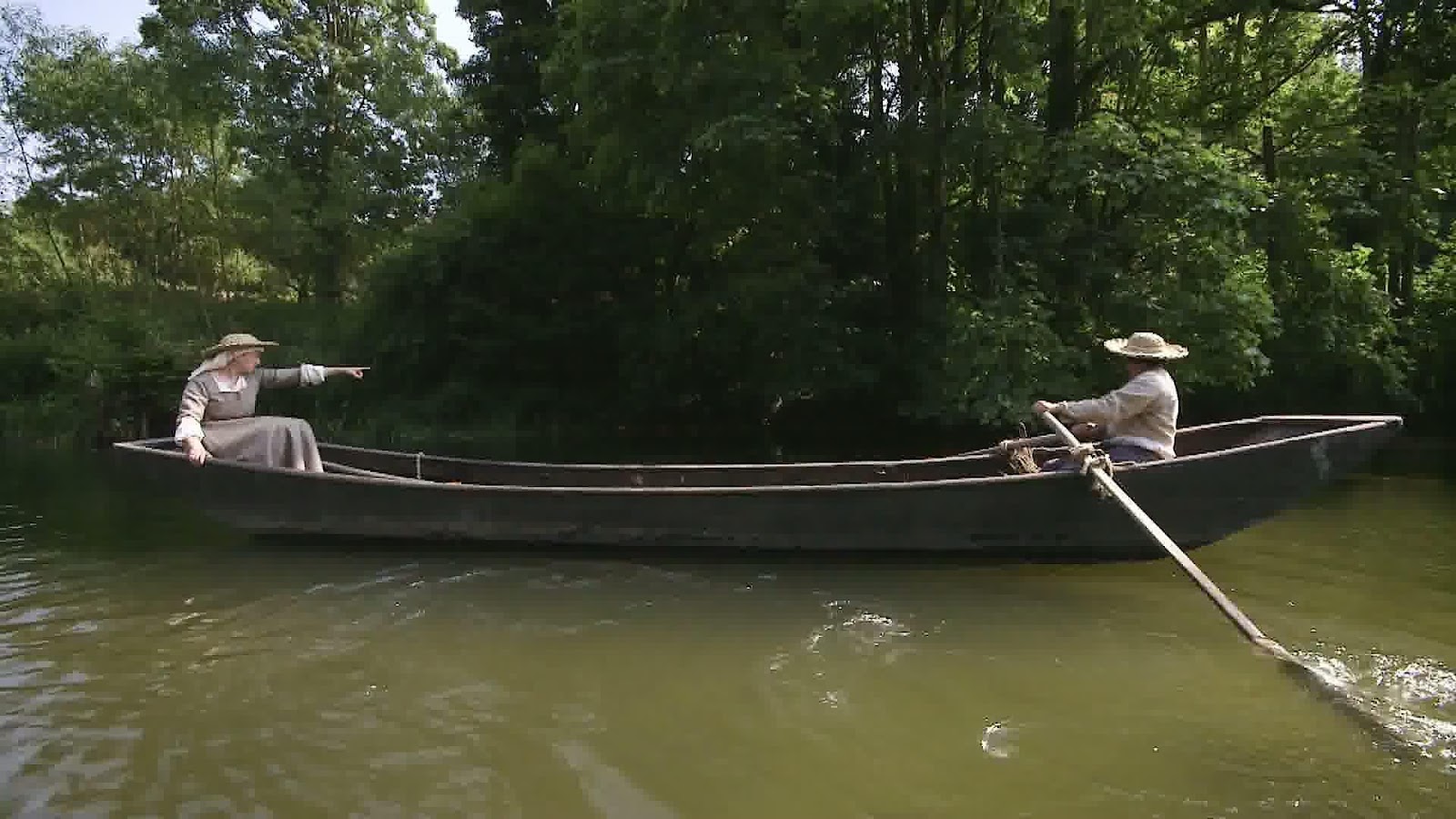 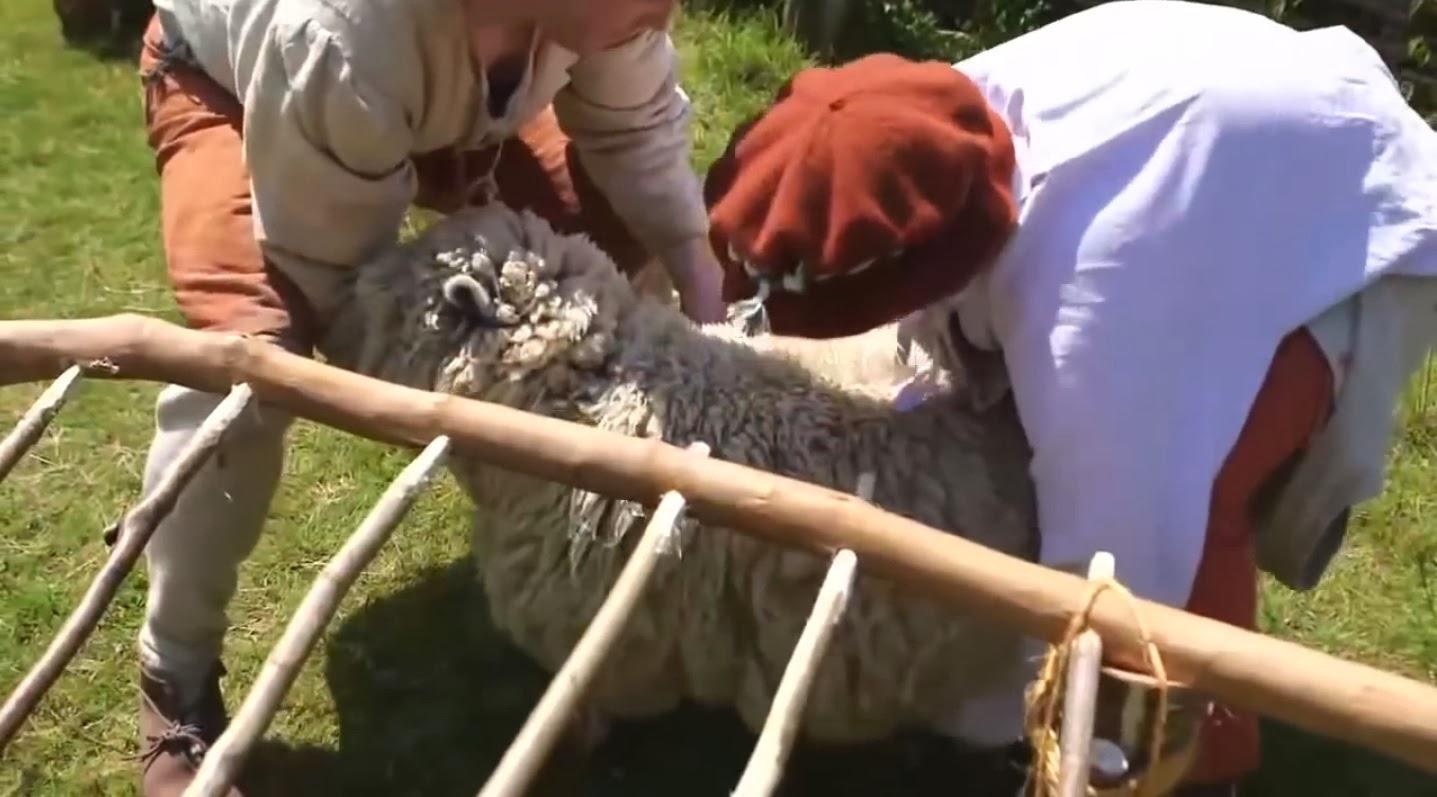 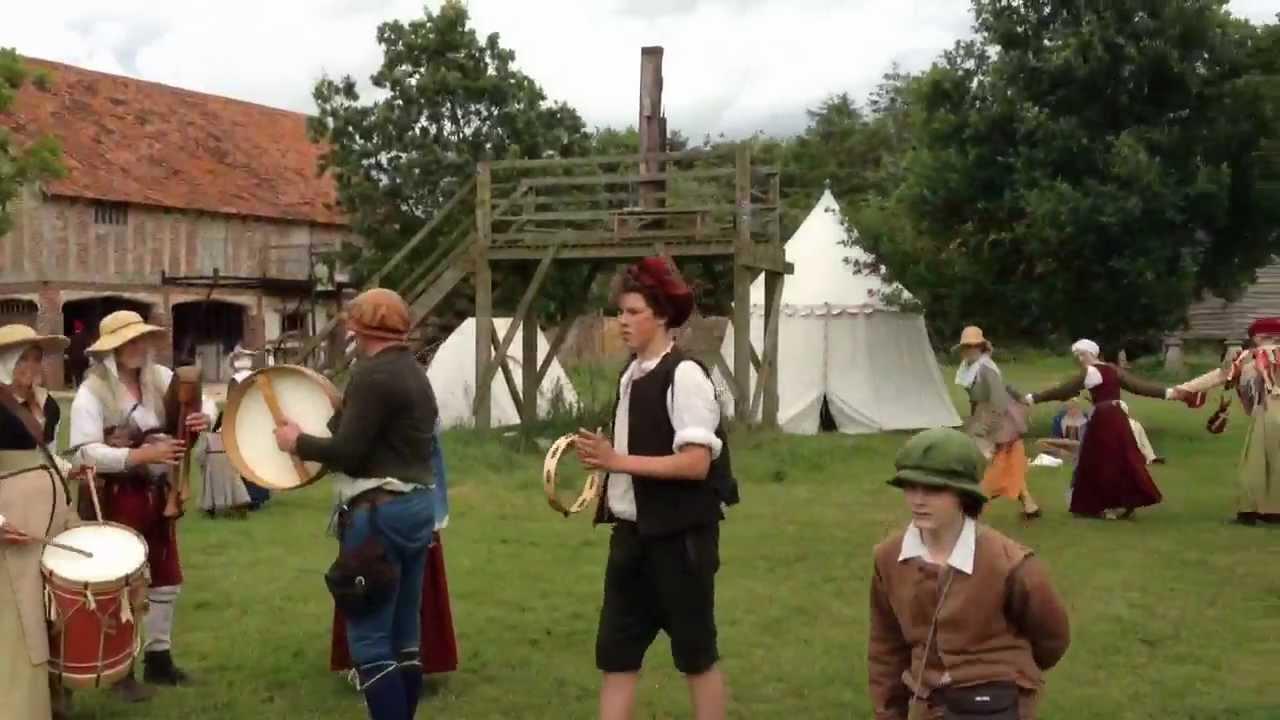 A little bit about the food

There was no MacDonald’s yet, but people already liked to have tasty food. Even if you weren’t feasting at the royal table, you could still get a good snack.

For example – with a huge piece of baked meat with a side of chopped greens. Pay attention to the size of the pottery – people weren’t petty. 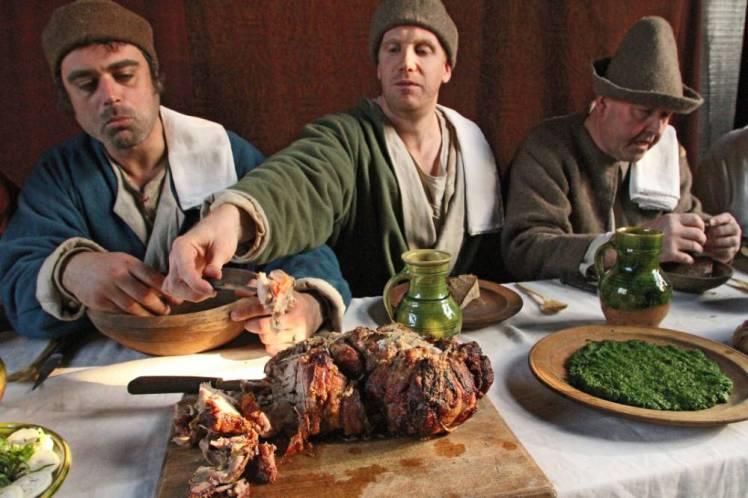 Or you can buy homemade cheese and butter.

Or you can feast on a pie. 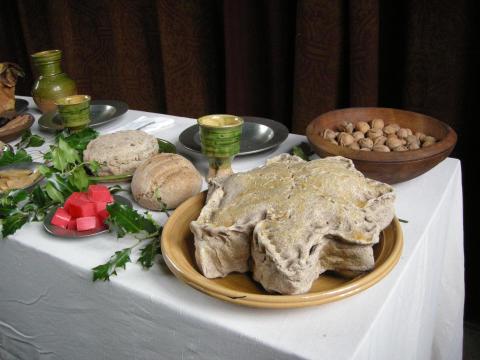 All this glory was prepared in the proper kitchen, with a hearth, stern wooden tables and a selection of utensils that can beat a modern kitchen. 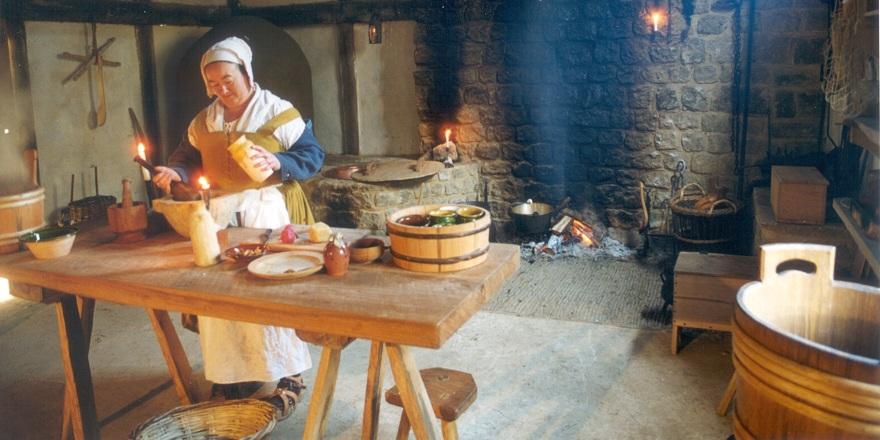 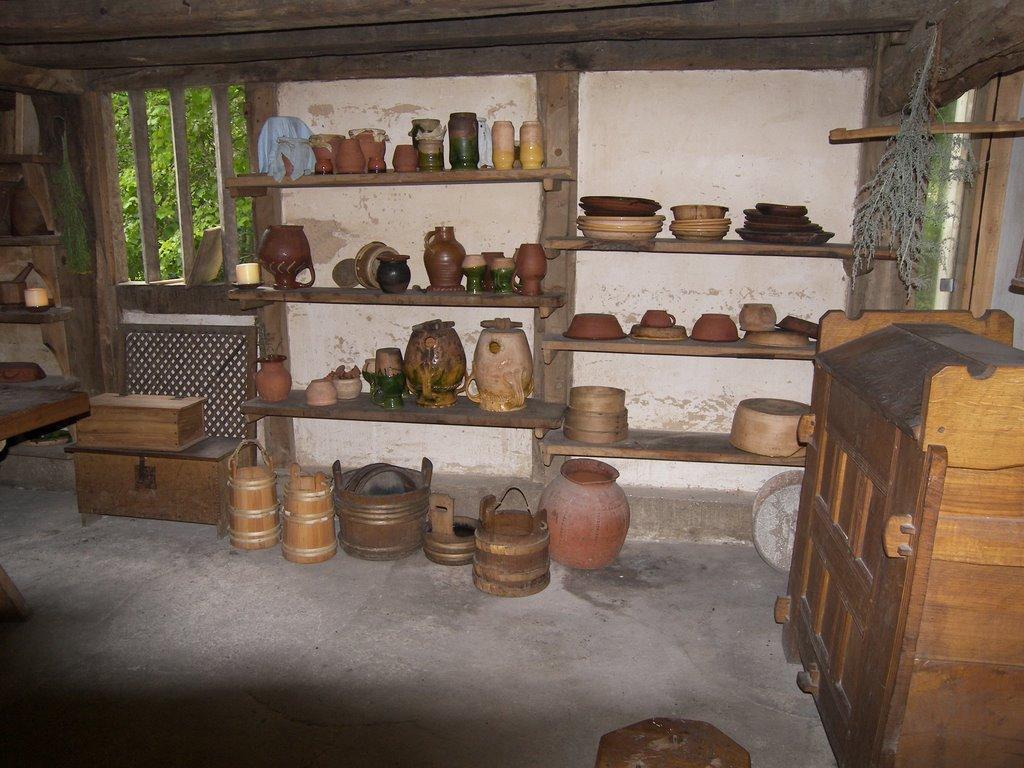 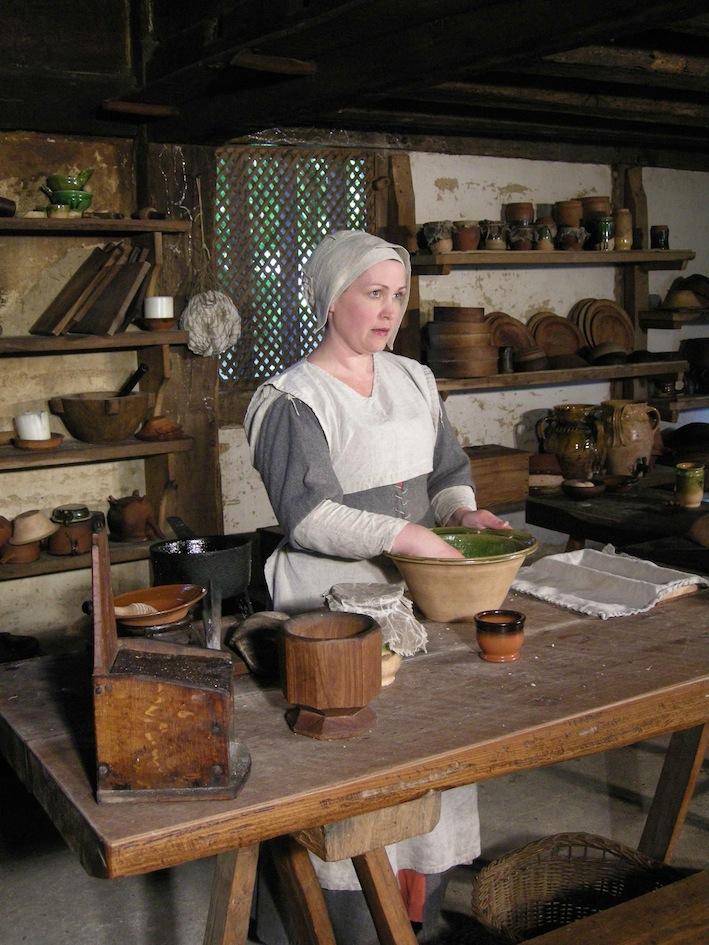 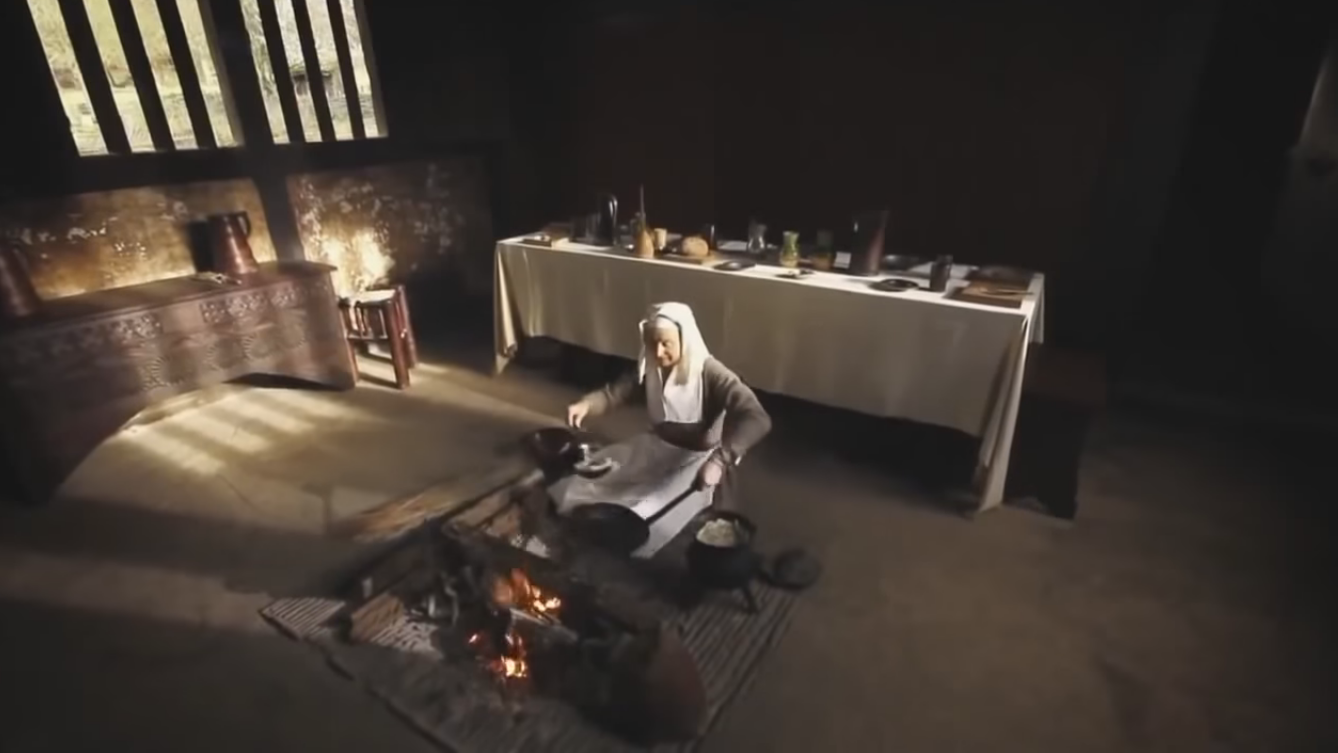 What if you want it too?

If you don’t have time or possibility to go to West Sussex, but a wish to connect with history is still present.

If you decide to go after all, but want to look just as well as hosts of this place.

Or if you just want, we have all necessary stuff.

What to choose? Let’s have a look at things, which will accord with Tudor farm at Steel Mastery. 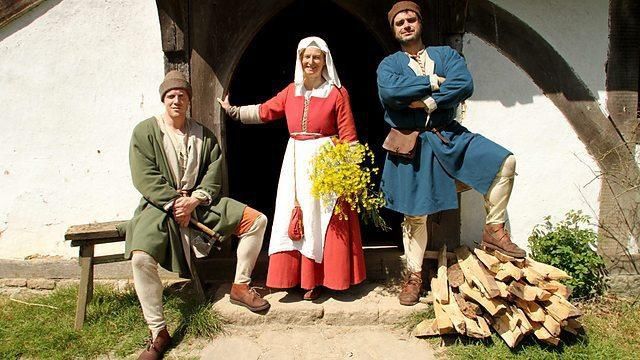