The Tudors and their dresses 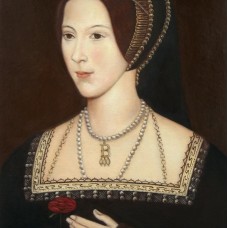 Remember, I mentioned a solemn Inquisition tribunal over “The Tudors” costumes? The time has come!

The Tudors and their dresses. What did ladies actually wear at the time? What are the ladies wearing in the series? So what to wear? Catherine of Aragon, Anne Boleyn, Jane Seymour, Anne of Cleves, Katherine Howard, Catherine Parr. What’s in common?

The Tudors and their dresses

Compared to obviously shabby armoury in the “The Tudors” series, the costumes themselves at the first glance seem to look just fine. Many luxurious fabrics, finishes, decent taste of the costume designer… And a huge historical mismatch. Undoubtedly, if your aim is to look «a la Anne Boleyn» or «almost like Henry», you can go ahead and copy the series’ costumes. But if you are aiming for reconstruction, the only thing you should borrow from those outfits is their luxury.

Henry’s and other gentlemen’s costumes look somewhat decent (with some exceptions), but ladies’ dresses made my eyes twitch from time to time.

By observing Queens’ portraits, we can track how the fashion was changing in the English courts from the beginning to the end of 16 century.

What did ladies actually wear at the time?

The most famous and undoubtedly the most important wife of the King. England owes her not only the church reform and Henry’s bad temper, but also Elizabeth – one of the greatest (if not THE greatest) country’s monarch.

Anne left her trace in the history as a devious temptress, who first seduced the King and then cheated on him, although later on Elizabeth spent a lot of effort to clear her mother’s name. Her contemporaries were unanimous in one though – Anne loved fashion and luxurious clothing, much like her husband.

Both portraits picture Anne wearing German (and not English) dresses, but they maintain the common style of the epoch.

Historians are in debate whether this is a portrait of Catherine Howard or of Elizabeth Seymour.

It is also questionable whether it’s her, but at least it matches the period.

So, what exactly unites the dresses, headpieces and hairstyles of almost all Henry’s wives during the first half of the 16 century? «Square» necklines (the top of the breasts are slightly showing), high waist («Elizabethan» sharp bodice cape is seen only on Katherine Parr, towards the end of the period), undergarments, puff sleeves with lace cuffs that hide the palms up to the knuckles, hair, always hidden under the gable or arcelet… Always (and I mean – ALWAYS), the hair could be seen around the forehead or the temples, but never loose (the only exception is coronation). The colours are intense: black, dark-brown, dark-blue, burgundy, red and gold… Grim and solemn.

Even the “shameless seductresses” Boleyn and Howard are dressed in a stern and bleak manner. Anna Kern’s dresses are slightly out of the general line, but only in their cuts, and not in the overall image.

You can see on the outline how the ladies’ royal garments and headdress have changed during Henry’s time. The French round coif was brought into fashion by Anne Boleyn.

What are the ladies wearing in the series

If the creators of the series dressed the actresses in the appropriate costumes, series’ ratings would certainly be lower. That’s why the ladies in the series are showing off late 16 century cuts: necklines a la «breasts on a tray», sharp bodice capes, narrow sleeves (even bare hands), absence of undergarments, flowing hair, bright and pastel costume colours, faceted diamonds, silk stockings (there was no reference to these in Europe until Elizabeth’s reign), etc.

Let’s make a run on the most impossible costumes of the series.

This soft bodice miraculous gown is folding on the body, swifts the breasts from below and has a very odd colour. Together with flowing hair and long earrings, there is no way Jane Seymour could have looked like this. Ladies used to always wear firm, straight bodices in public, even during pregnancy.

And here, apart from loose hair, tight sleeves and a very strange dress, Anne Boleyn has suddenly decided to cheer the viewers up with a modern fashion-shows neckline.

And went even further - Life is a cabaret, my friend, come to the cabaret!

This wonder is most likely borrowed from some sort of musketeers’ series. Sleeves, bodice, embroidery, hair, earrings – everything is wrong.

Loose hair, openwork wheel, braided chain… I don’t know what this is, but Anne of Cleves couldn’t have worn that.

During those years in Dusseldorf and London people used to wear many peculiar things, but certainly nothing like this. It is an incredibly surprising, unique marriage of glass with a lampshade, taffeta and ragged tapestry.

One could go on for much longer, but what’s the point?

So what to wear?

If you are going to a proper event and do not want giggles behind your back, do not use the series’ costumes as a landmark, but rather simply order them from Steel Mastery. We guarantee them to be not only decent and beautiful, but also fully corresponding with the epoch. At Henry’s court you could be one of them.

In the section "Women's dresses" you'll find various models of medieval garb of different epoch and countries. If you don't take a shine to any of them, please send photo of the wished model to [email protected] and we will craft it for you! We love custom made orders! 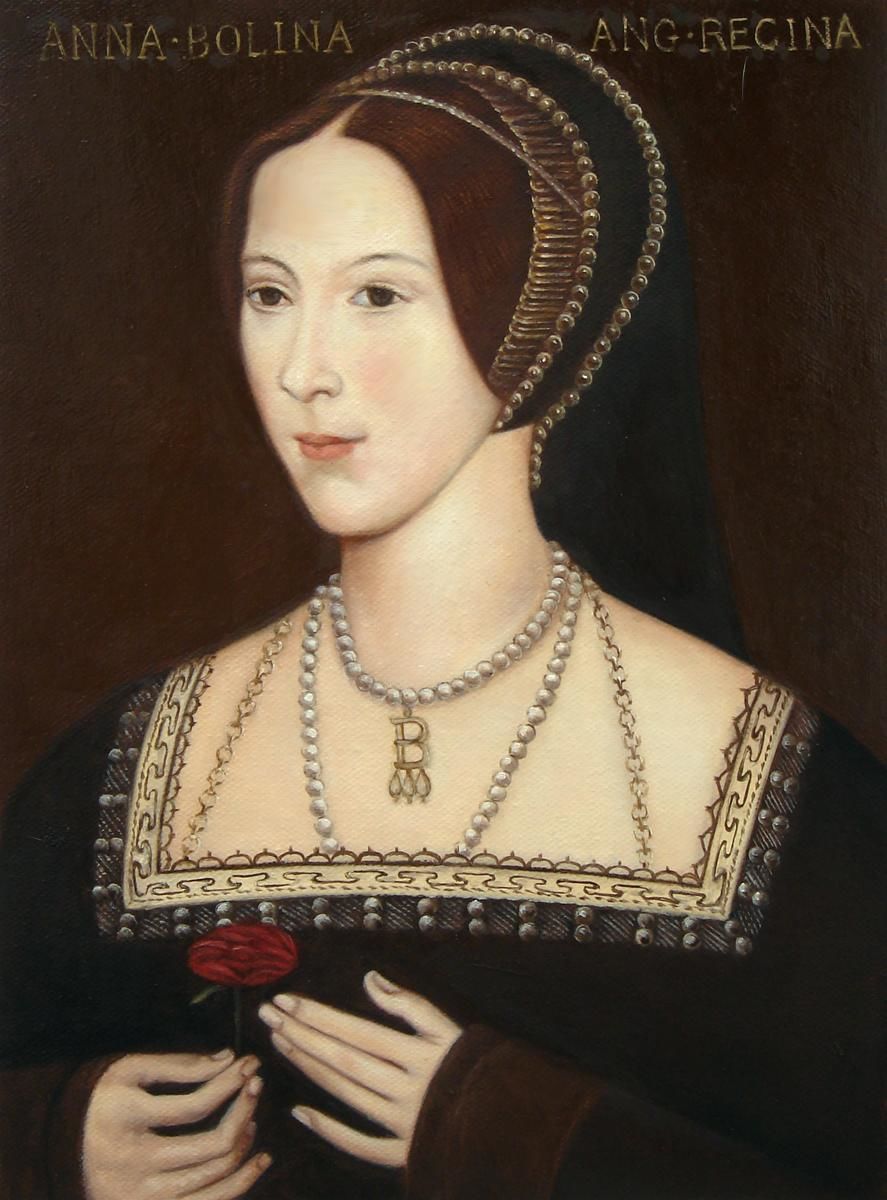