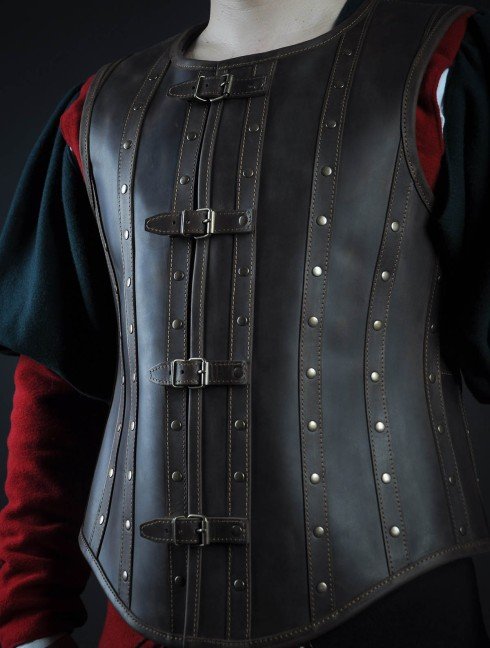 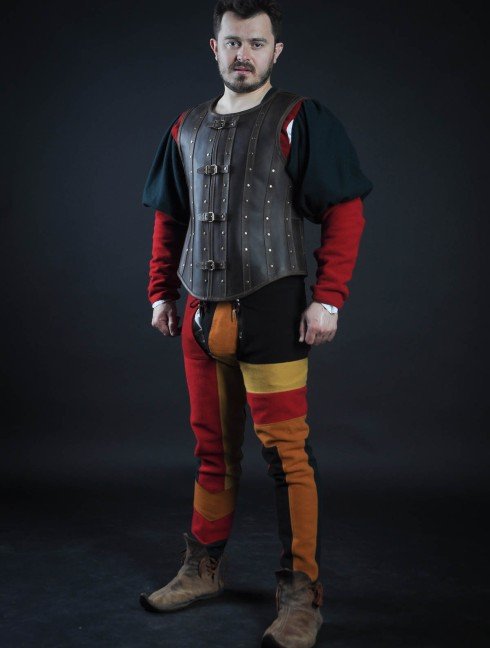 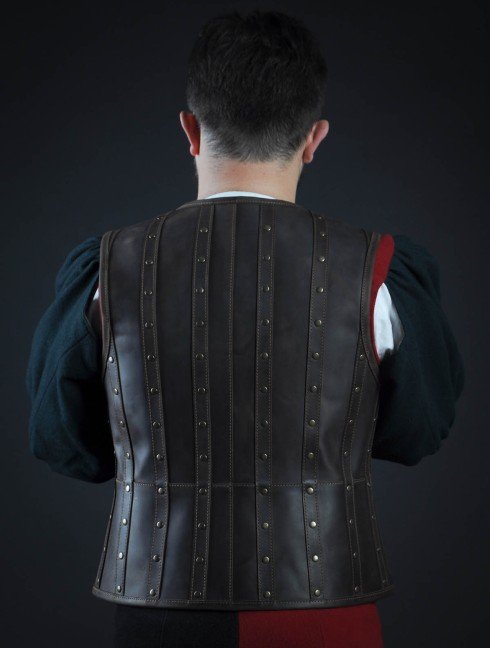 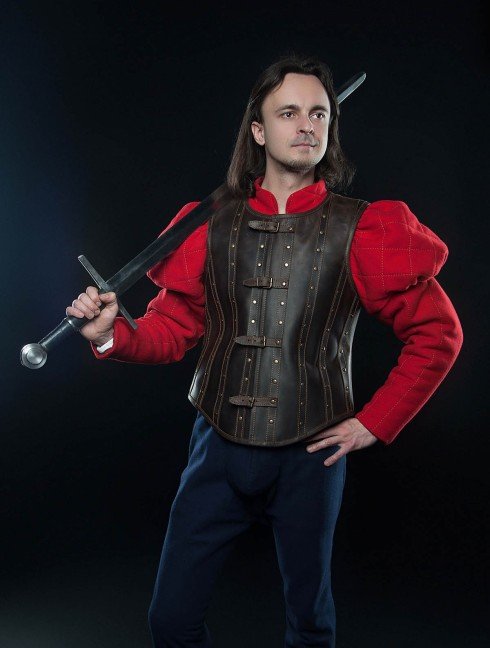 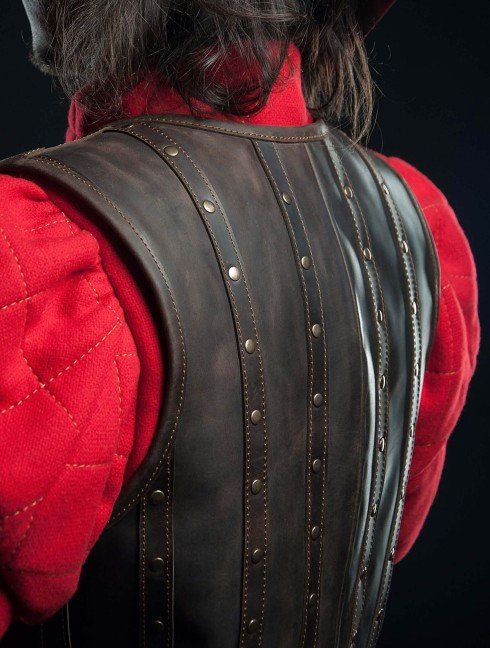 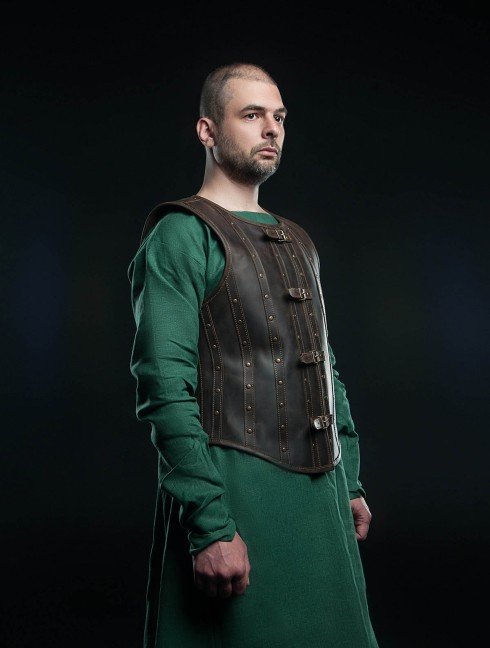 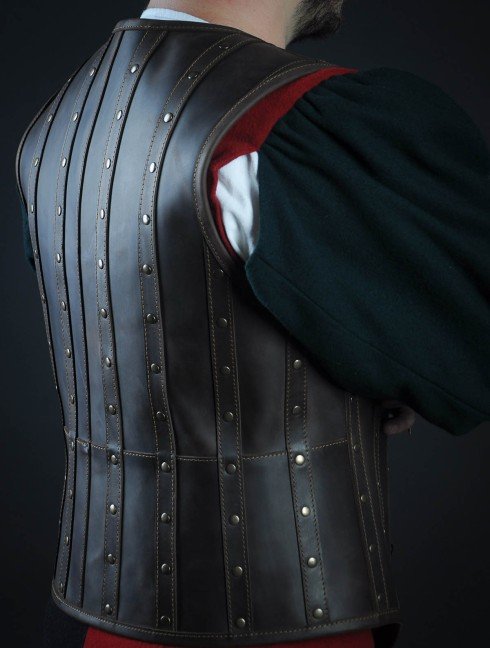 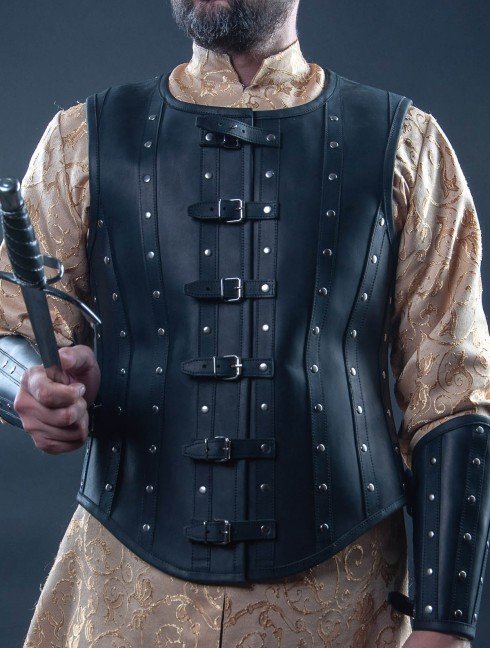 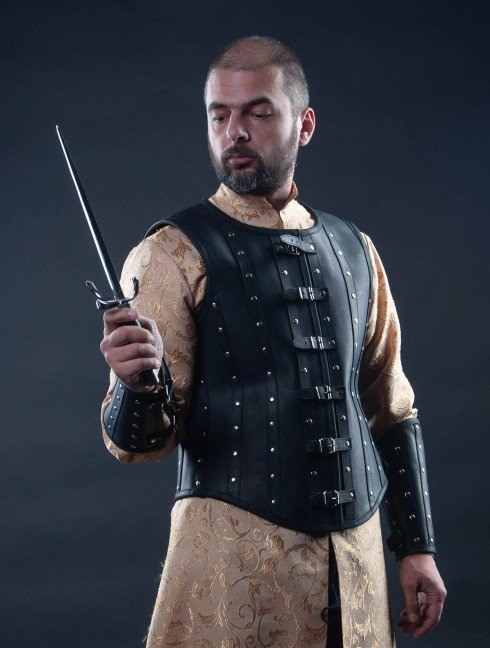 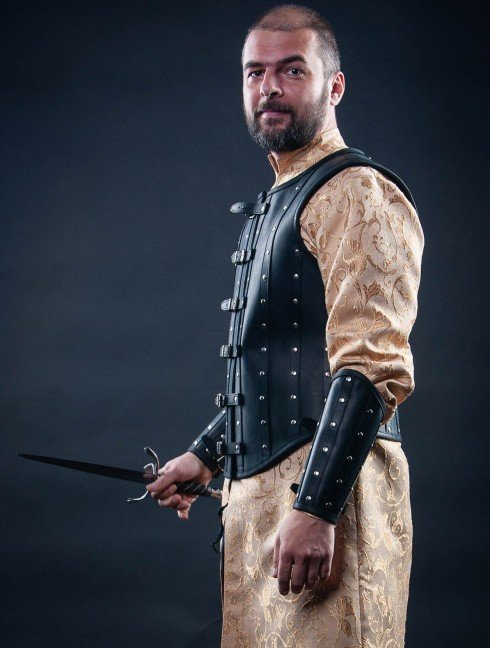 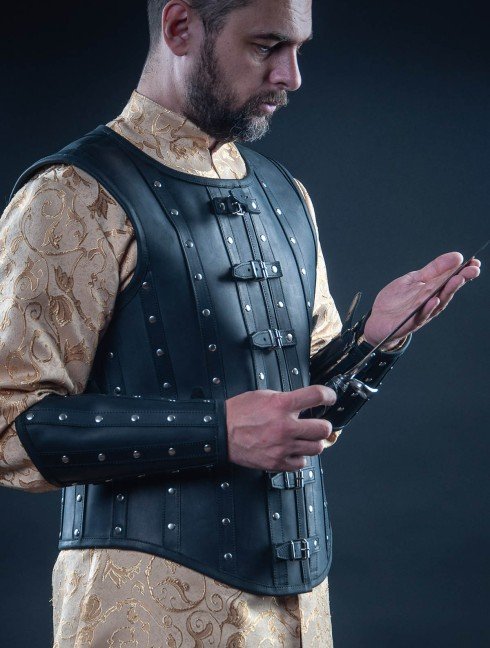 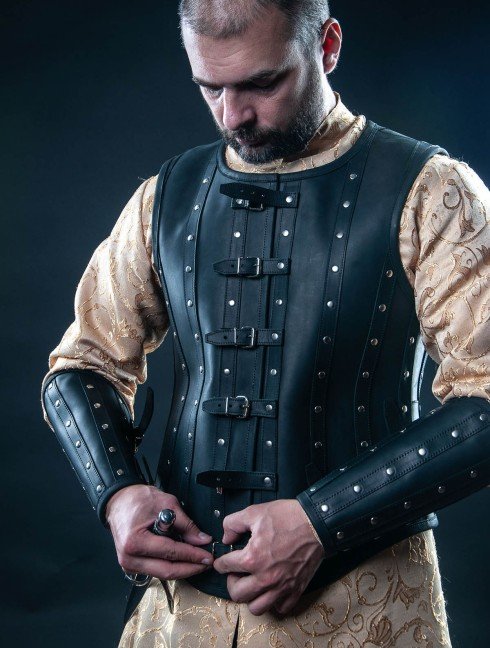 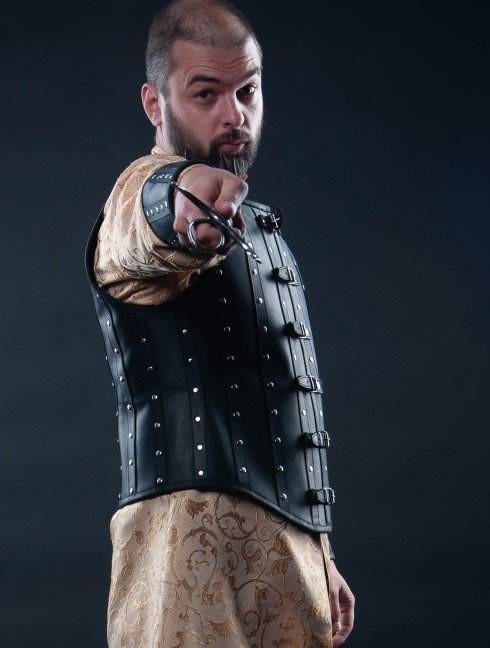 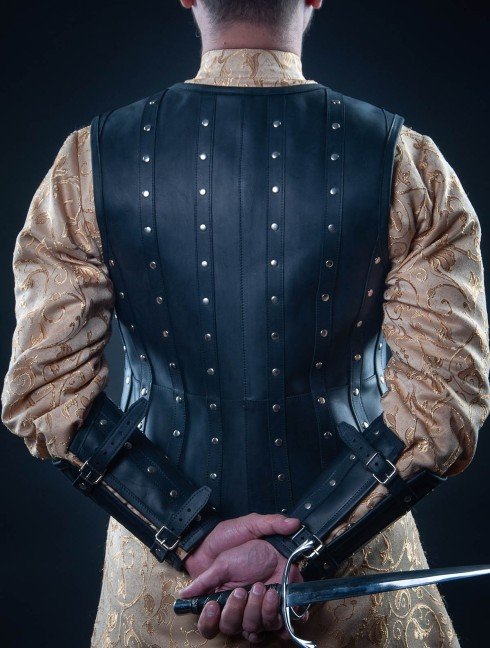 People said that Don Barzini sailed up to the Venice from the south-east, by the Grand Canal. He let gondola go near the steps of Palazzo Dario and walked to the Piazza San Marco. There, he leant against the twelve column of the Palazzo Ducale, waited until the midnight and only then stepped out of piazza shade towards the overconfident youngling in bright silk.

Taking a moment to set his leather armor vest, Don Barzini unsheathed smallsword and daga and have stubbed a jerk, who dared to challenge him, at the fifth second of duel.

No one told how Don Barzini left Venice and returned to Sicily. However, they were talking a lot about his leather armor costume that impressed friends of the killed jerk very much. And, it impressed so hard that every self-respecting noble Venetian got the same in a short time.

Here is it – medieval leather armor vest, which is comfortable as for fencing, so for coming up in the world. Strong but soft leather, vertical straps, plain fittings. Functional leather armor of a real man, the same which Don Barzini has.

Arthur
(5)
I received my vest today and it is just awesome! It fits my torso perfectly and I do love color of leather (brown) - it looks really authentic and medieval! Thanks a lot!
see more reviews