Khatangu degel of the XIV century, or "vest, strong as steel" 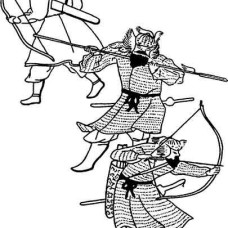 Probably, every child knows the name of Genghis Khan now. But actually, it is not name, but a title: literally, “Genghis” can be translated as “Lord of endless sea”. His real name was Temujin. He was born in usual ulus and growing without father, he was living in need, roving and starving. Possibly, deprivations, constant fear and incertitude in the future hardened him, but from the other hand, it engendered his lust to power.

But Genghis Khan is known not only as nations’ conqueror. First and foremost, he is a father of mighty and organized great power, Mogul Empire. Really, united empire had the biggest stretch in the world history ever. Genghis Khan has taken big quantity of conflicting isolated tribes, families and gentes under his control and built civilized feudal state. Whereby he conduced the progress, and not only in Mogul lands. A lot of independent countries met the influence of Mongolian conquerors someway or other. It had an impact on the development on social and administrative system, crafts, culture, finance and military arts.

Map of Mogul Empire, middle of the XIII century

The Mongols are a nation of the great empire, which conquered almost all Asia, Eastern Siberia, Caucasus and almost half of Europe, they were serious about munition and military outfit. From early childhood, boys’ education was aimed to make them perfect warriors. For example, three-years old boys were practising horse riding, and reaching four-five year old, boy got his own bow, quiver and arrows, and a short time later, the future warrior or hunter was started to learn how to use this weapon.

Creation and perfection of different types of weapon by the Mongolians were highly competitive with Europe, and often it even had precedence. There is a mistake of some researchers to consider, that the most part of weapon and armour types had been borrowed from captive nations - the Chinese, the Iranians, the Manchus, the Uighurs, etc. In very deed, as present researches proved, it was the Mongolians, who created a great variety of armour, the models of which were modified a little and spreaded not only in Asia, but also within the territory of the Ancient Russia.

Today we’d like to introduce you one of the type of body protection, which is called khatangu degel (also, hatanga degel). Translated from Mongolian, it means “vest, strong as steel”. The most widespread it gained in the XIV century. Khatangu degel refers to so called soft armor and is like long caftan, which was sewn of firm leather, rolled thick felt, wadding or cloths, many layers of each were quilted together.

Neckpieces of the vest usually had square cut. Only one picture of khatangu degel with leaf-shaped neckpieces came down to our time. Vest was knee-length and had straight or sideway wrap with strings or belts for fastening. For comfortable horse riding, horsemen wore vests with cut from the back side.  In such a manner, horseman was covered with protecting armour almost fully, excluding feet and hands.

Soft armour had not being decorated in a special way. Often, khatangu degel was covered with thin red cloth on top, and some armour was trimmed with blue or red silk lace.

Such leather or felt armour was easy-to-made, as mongolian lands had been well known for developed cattle breeding since olden times. Probably, due to it, even common warrior could afford khatangu degel.

As a result, khatangu degel provided perfect protection of sword or mace blow. Some proofs exist, that even arrows blowed from the long distance, did not harm a warrior, who was worn thick leather armour (anyway, some researches are ready to oppose such statements). There is a fact, that khatangu degel was rather comfortable and light armour, so warrior could easily run, horse, bend and make complex movements.

Since the Mongolians did not leave any written evidences (paintings or descriptions) of their armour and weapon, researchers and archeologists are to be supported by evidences, which were left by other nations.

On the iranian paintings of the early XIV century, there are tatar-mongolian warriors in typical soft armour khatangu degel shown.

Shiraz and tabriz paintings of the early XIV century. From Museum-library, Istanbul, Turkey

The Japanese, who lossy deterred attack of Kublai Khan tatar-mongolian forces, had created a big code with paintings of enemy. It’s called “Mōko Shūrai Ekotoba” (“Illustrated Account of the Mongol Invasion”). It is notable, that a lot of the Moguls are portrayed in the armour of wadded leather - khatangu degel. Besides,  these painting are similar in details to another paintings of mongolian warriors of approximately the same period, which were made for “Jami al-Tawarikh” ("Compendium of Chronicles") of Rashid-al-Din Hamadani in the early XIV century.

Mongolian warriors in khatangu degel. From Illustrated Account of the Mongol Invasion, Museum of the Imperial collection, Tokyo, Japan

Italian adventurer Giovanni da Pian del Carpine visited the Mongol Empire in the XIII century and made not only detailed description of manners and customs of this nation, but also carefully recorded all types of mongolian’s munition. And his paintings are almost coincided the pictures in iranian miniatures of these times.

Circa the middle of the XIV century, khatangu degel had been started to be enforced with thin metal plates from the inside. These plates were of squared or oval shape with smalls holes. With leather string threaded through the holes, plates were attached to the armour’s base. Later, plates were being riveted. So, rivets from the outside part of khatangu degel showed, that vest has additional protection.

Primarily, khatangu degel was used as entire element of soft armour. Later, it had been worn under the laminar type amour, called kuyak. Above-mentioned Pian del Carpine gave detailed description not only to armour, but also to the manufacturing process. He mentioned, that mongolians were polishing the plates so hard, that plates glinted brightly in the sun.

As common dismount warriors, bowmen or hobblers, so noble commanders were wearing khatangu degel. It’s interesting to know, that in “Monggul nighucha tobchiyan” (“The Secret History of the Mongols”) there is told, that before the battle even Genghis Khan, the founder of the Empire, and his generals were wearing in khatangu degel under the steel kuyak.

Mikhail Gorelik, researcher and author of few books about mongolian military equipment, claimed, that khatangu degel enforced with metal plates was not differ from prior soft variant with a cut. Besides the rounded neckpieces, researcher points one more specific feature: enforced armour was covered with fabric of contrast colour. Usually, there were violet, purple or blue colours. Author considers, that such colour could create an illusion of totally steel armour, especially from the long distance.

Mongolian munition and their body armour made a great influence on the development of military art not only in Rus’, but also in central european countries. But, by sure, the most powerful influence it had in the countries, where the Mongolians were governing supreme power for a long time.    Adopting cultural customs of the conquerors, these nations were borrowing as types of munition, so fire tactics. There were China, Iran, Khoresm, India, Thibet and a lot of small lands of Central Asia.

According to some historians, soft armour similar to khatangu degel were being in use during several centuries on all territory of Central Asia and the Far East. Probably, this fact proves usability and effective protection properties of this amazing vest - khatangu degel.

You can easily create a character of medieval asian warrior with Steel Mastery! First of all, there is main clothes - tunic and pants. Wide eastern cotton or linen pants provides vith great freedom of movements, and eastern tunic is very comfortable and nice to the body. As khatangu degel is always worn over the padded vest, eastern gambeson will be great choice! Eastern style bracers will protect your arms and, of course, do not forget about the most main part - a head! Here is a great example of tatar-mongolian helmet. And with padded liner installed on rivets or sewn in, protection will be at the highest level!

Here you can see all types of brigandins which we have. If you can't find what you need, please send us picture by email [email protected] and we will create it for you!

We used some information and illustrations for this article from: Gorelik M.V. “Mongol-tatar defensive armament in the XIV-XV centuries”; Tarnbul S., The Army of Mongol Empire; Nefedov S., “War and Society. Factor Analysis of Historical Process”; Khudyakov Y.S. “Armament of the Central Asian nomads in the times of Middle Ages”; Kozin S.A. “The Secret History of the Mongols”; Rashid-al-Din Hamadani "Compendium of Chronicles"; H. Russell Robinson “Oriental Armor”; P.Jackson “The Mongols and the West”; George C. Stone “A Glossary of the Construction, Decoration and Use of Arms and Armor: In All Countries and in All Times”; D. Nicolle, A. McBride “The Age of Tamerlane” and everpresent web:) Pictures, not belonging to "Steel Mastery", are taken from the web. We do not pretend to be an owner of them and use them as illustrative example only. 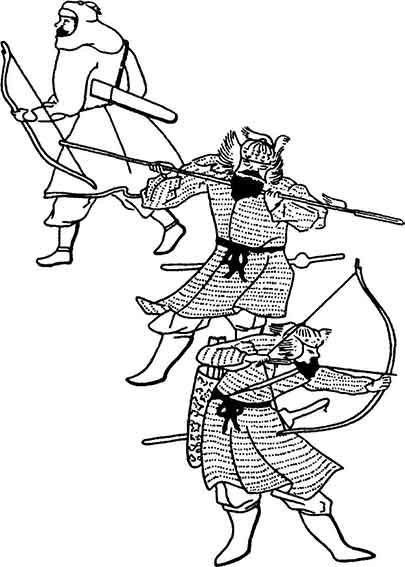 Great helmet!!! Steel-Mastery you are the best.