Japanese samurai helmet kabuto is as unique and unlike any other as Japan itself. We can call it the oldest element of samurai armor. Early helmets known as mabizashi-tsuke have been unearthed in Korean and Chinese regions and dated back to Vth century BC.
Name Price Rating New

Japanese helmet kabuto had appeared approximately III-V centuries A.C. As a rule, it has semi-spherical shape of dome with plates for neck protection. Dome consisted of six plates and reinforcing forehead plate. Kabuto was a very important element of medieval Japan armor and resembled status of its owner. Basically, it was made of six or eight metal or leather plates, riveted together. Sikoro (an element of neck protection) was made of incurved metal lacquered plates, linked with silk or leather belts. Originally, Kabuto never had the full protection of face, but could be completed with a mask. This model of Japanese helmet has a bar grid mask. Your face will be completely in safe during ...

Japanese samurai helmet kabuto is as unique and unlike any other as Japan itself. We can call it the oldest element of samurai armor. Early helmets known as mabizashi-tsuke have been unearthed in Korean and Chinese regions and dated back to Vth century BC.

Dome of familiar to us traditional samurai helmet consisted of numerous metal plates riveted together – from three pieces to more than a hundred (their number increased with time). Plates were usually arranged vertically radiating from a small opening on top – ventilation hole called hachiman-dza with a decorative rim around it.

Form of the rivets securing these metal plates to each other differed:

Next kabuto part was a suspended neck guard – shikoro. It’s composed of lacquered metal or oxhide semicircular lames attached and articulated by silk or leather lacing. Mostly lames number was from three to seven but some shikoro were made of 100 or more small metal scales in a row.

Dome's front plates – fukikaesi – were pushed forward and bent on both helmet's sides as lapels. Lapels served to deflect and mitigate enemy’s attacks.

On helmet’s front, there were an eye-protecting visor, hoe-shaped processes, and kuwagata – samurai helmet horns designed to weaken enemy’s blows on the head.

Canvas was as a lining for japanese kabuto helmet while the helmet was held on the head using two long and thick cloth cords. Also, before putting on the helmet, the samurai tied the head with a headband – hachimaki, which served as a gasket between one’s head and helmet.

Men-yoroi also called mengu was a facial armour in a mask form, it was made of iron, leather or combination of both.

* Menpo, covering face from nose down to chin.

* Hanbo, covering lower face from under the nose to the chin.

Besides, yodare-kake was used as a throat guard with various mengu.

Each real samurai helmet is unique, just one of a kind. Every order is a challenge, a joyful job Steel Mastery’s experienced blacksmiths will readily take on.

So when the wind from the Fuji-sama touches your face calling for debt and beckoning the smell of sakura... we will always be happy to make the most sophisticated and unusual Japanese helmet for you.

Contact us via e-mail [email protected], send your wishes – we will fulfill them precisely and accordingly. 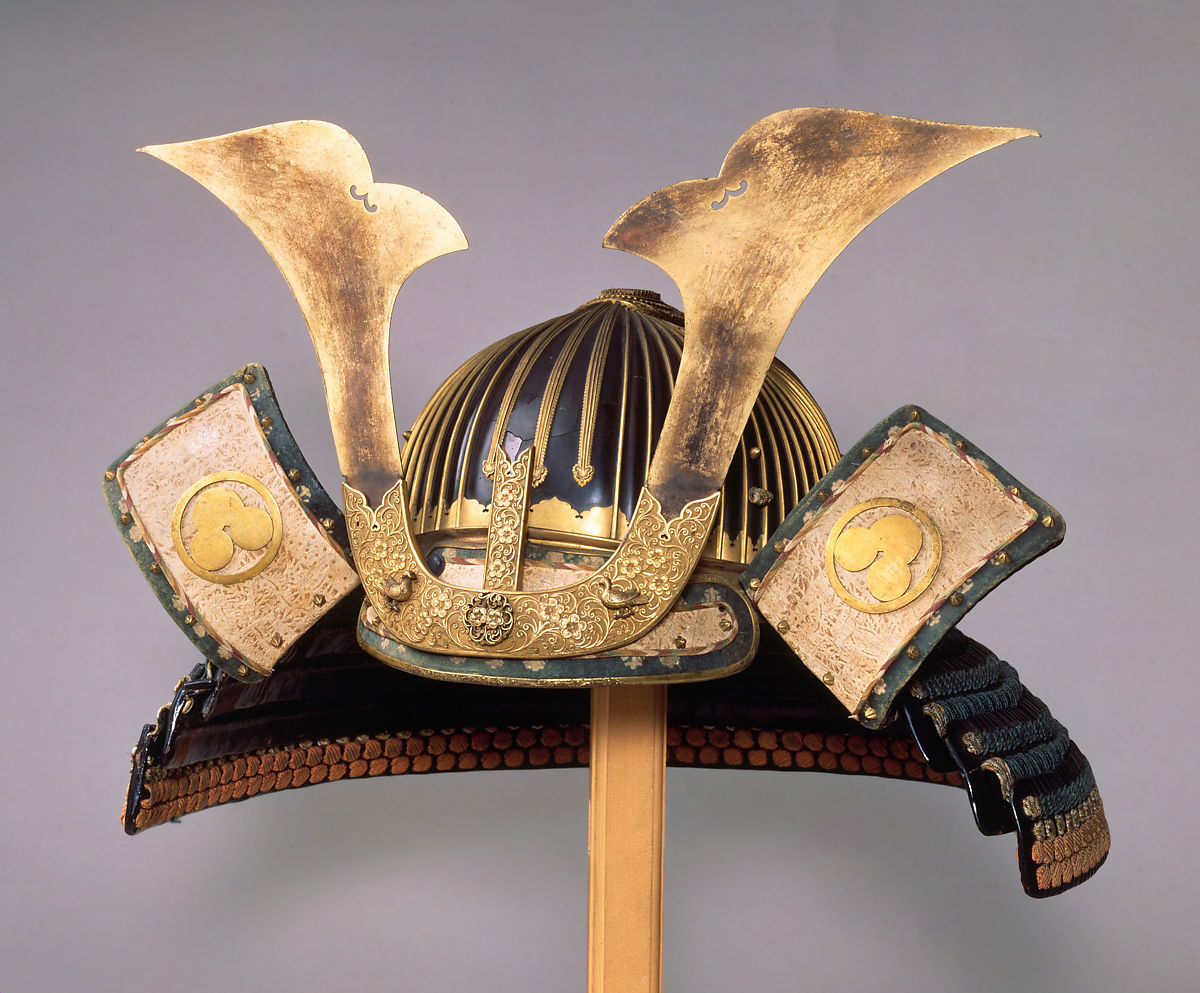 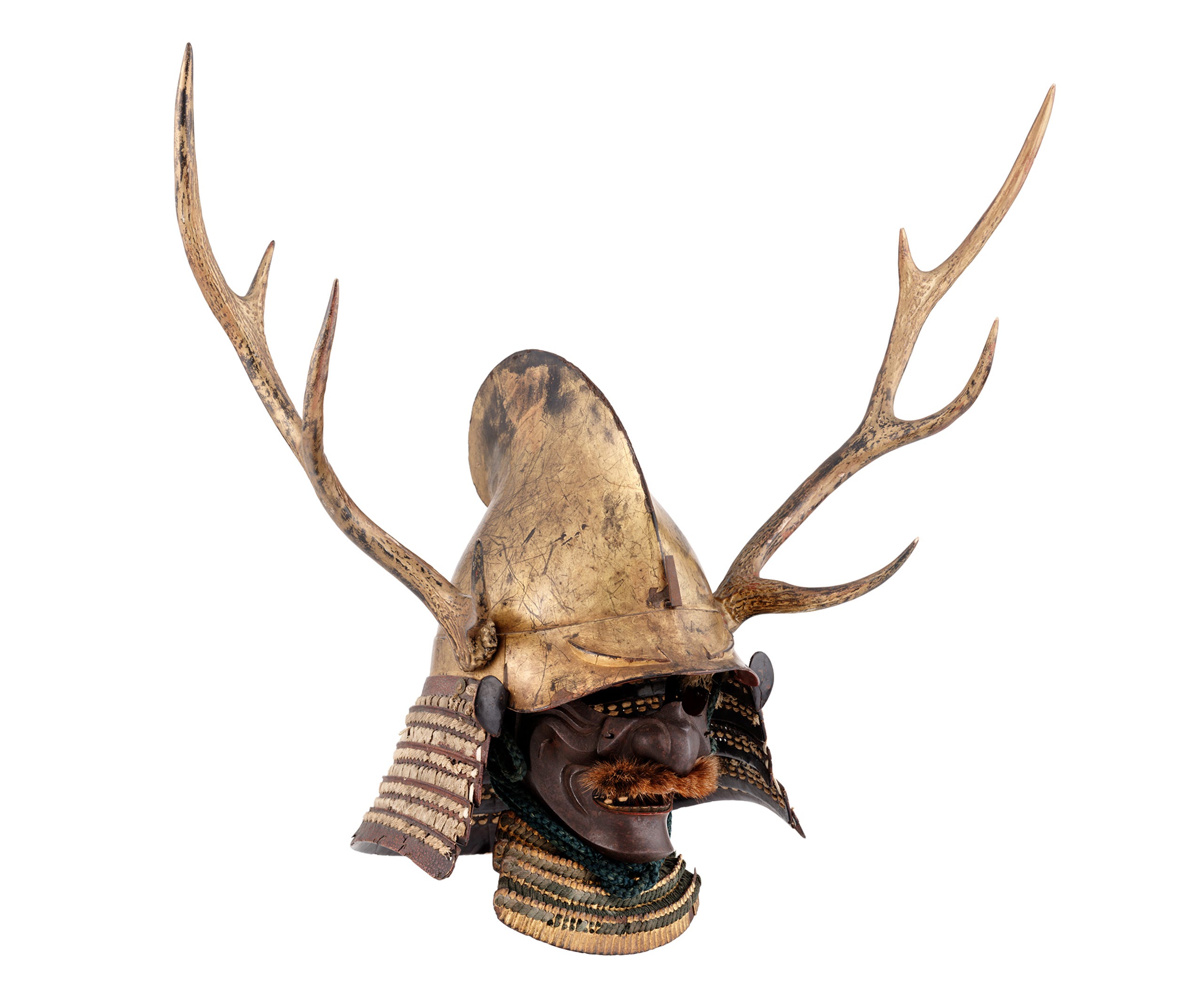 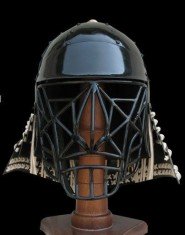 It's not great. I have a unique privilege to have an armorer close enough to correct the mistakes made with this helmet. Writing this today because the review button was not here when I got it. No steel under the shikoro, flat bar grill makes it illegal to use and the nose makes it a torque threat to your neck. A tip to the armorers. Get in a helmet and fight for a bit. Then put one of these on and see what I'm talking about. Research and study how a kabuto were made and why. Hell look at other kabuto made for heavy fighting. Properly padded a helmet can be an inch from your face and never touch you. This was 6-7” away and 8 hat sizes too big when I sent it back to get fixed. It came back 4 hat sizes too big and I could fit an ax head under it. If you are not skilled in metal work, don't know how to weld, do not have an armorer or want your helmet functional when it arrives, this is not a helmet for you.