Padded and quilted armor clothing was an important part of Eastern armor during any period and in any region. Oriental gambesons perfectly fit with Eastern lamellar and laminar armor and resemble civilian clothes differing only in thickness.
Name Price Rating New 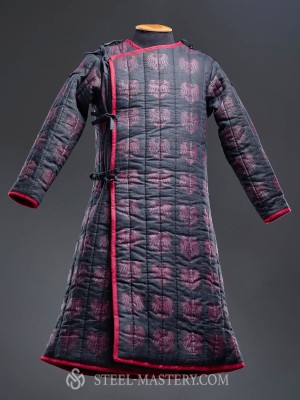 Eastern long gambeson is a typical example of eastern tribes wearing starting from the II century a.d. It preserved its original appearance today in some national costumes (of the same length or shorter, with long or short sleeves) of such eastern countries as Mongolia, Kazakhstan, etc. This gambeson was not a specialized type of armour. There was usual stuffed vest, made of wool, linen or cotton, and it was worn by nomad tribes, who were irrupted the near tribes. People, for whom war was a life-style, were upgrading such gambeson with metal or leather plates. These plates provided good protection during the battle. You can see such type stuffed armour in the picture of Genghis Khan’...

Padded and quilted armor clothing was an important part of Eastern armor during any period and in any region. Oriental gambesons perfectly fit with Eastern lamellar and laminar armor and resemble civilian clothes differing only in thickness.

There were no Mongolian artifacts of the quilted defense found that clearly relate specifically to the Golden Horde armor. However, an abundance of such artifacts found in China, Korea, Rus, Persia, and other countries of the region indicates the widespread use of such protection.

Quilted lined with cotton/felt/fabric clothing was worn under armor and designed to cushion enemies’ blows and protect from the sun.

Oriental padded armor clothing’s cut was exactly resembling the cut of other oriental clothes so the “oriental gambeson” was a quilted robe or a quilted vest. The high-status warriors’ quilted protection was distinguished not by the cut type but by the high cost of the materials used and even more. For example, in the “Message of Genghis Khan”, it is indicated that according to legend Genghis Khan wore a simple canvas dress. His canvas caftan was stored as a treasure at the court of Mongol sovereigns in China. Thus, the cut and material of the quilted protection of nobility and ordinary people could be the same. Talking about materials - silk, cotton, leather, felt, wool, linen were typically used for Eastern quilted armor.

Interestingly, wearing too thick padded protection wasn’t traditional - warriors wore a few not too thick quilted robes on top of each other.

A quilted dressing gown belongs to Oriental armor set from the XII and up to the XVII century.

A huge variety of quilted artifacts as well as their images and sculptures have been preserved: 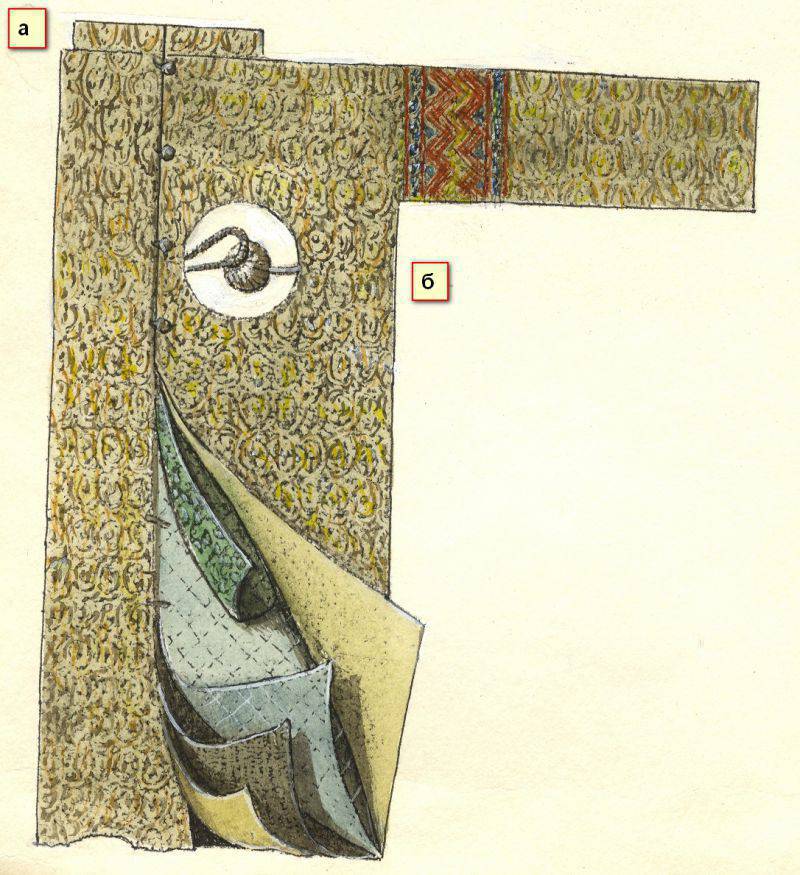 And don't forget about Ming paper armour. They were made of silk paper and functioned as a gambeson worn under other armour or by itself.

By the way, it was even still worn by the Hui people in Yunnan in the late XIXth century. 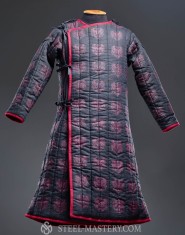 Fantastic as always. Great quality and comfortable to wear. Can't wait to get my lamellar out of the loft and try it all on together.

I love it! I took 4 layers so I got 8 protective layers in the front so I'll be a tank but if I fall on my back I'll become a turtle. I'll use my gambeson in HMBA so you should be alright with just 3 layers in the padding. Lovely work! I'm very happy with the product!

Listen to the good reviews here folks, this thing is of mad calibre, the team were happy to listen to all my little requests (pockets, double fittings, custom colours), and damn it has turned out nice. Go for it folks, they are amazing, high quality and best service, both team and materials

This Gambeson is authentic and practical. The Gambeson is made with quality materials--not hot and muggy poly, frail fabrics, or way too soft. I have used it in various sparrings involving heavy sparring weapons and the Gambeson prevented injuries. It is also surprisingly not too hot. It is hot of course, but given how thick this is, it is amazing that I don't overheat in generally cool weather in 15~20 Celsius degree. Which in turn, makes this a good armor even as standalone. The Gambeson is authentic. it is notable that the wraparound part goes right side up. Which is makes it even more authentic for a Korean person such as me. The only complaint I have is that the extra layer of sleeves made it a little too tight on my arms. I hope that next time, when a customer orders extra layers in the sleeves, the Steel Mastery team should add an extra few centimeters to the arm measurement of the customer.