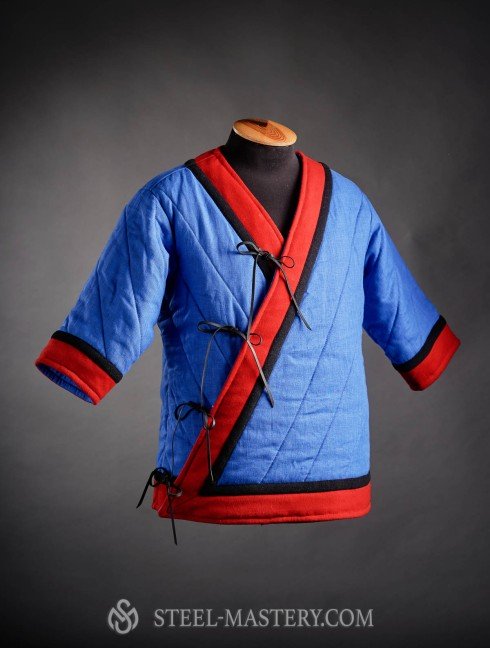 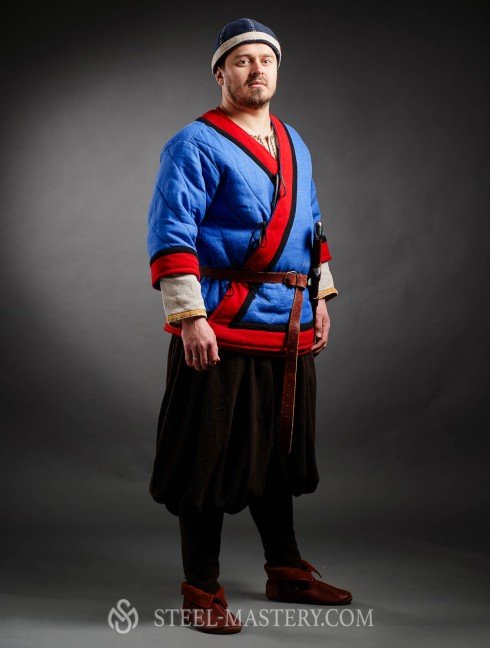 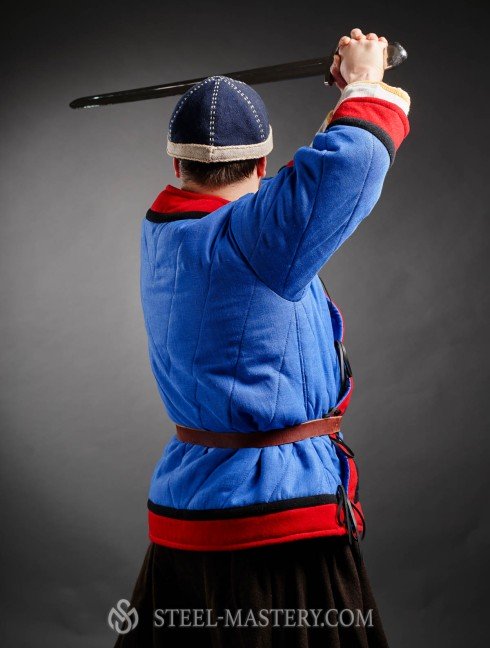 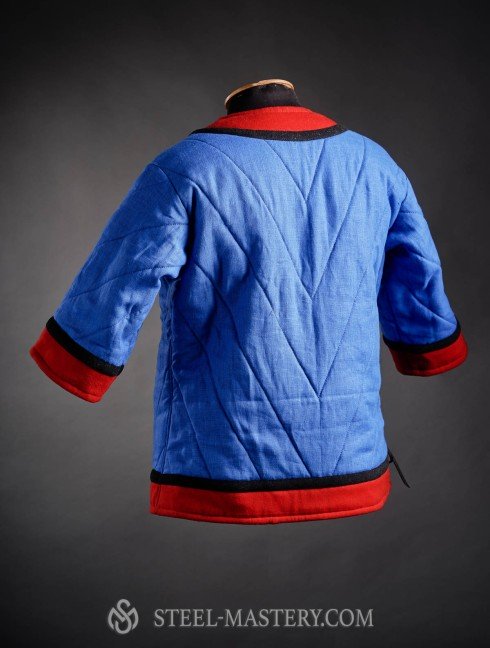 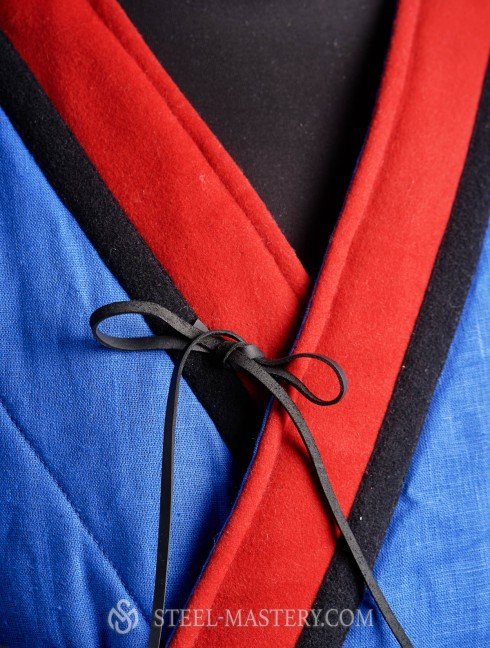 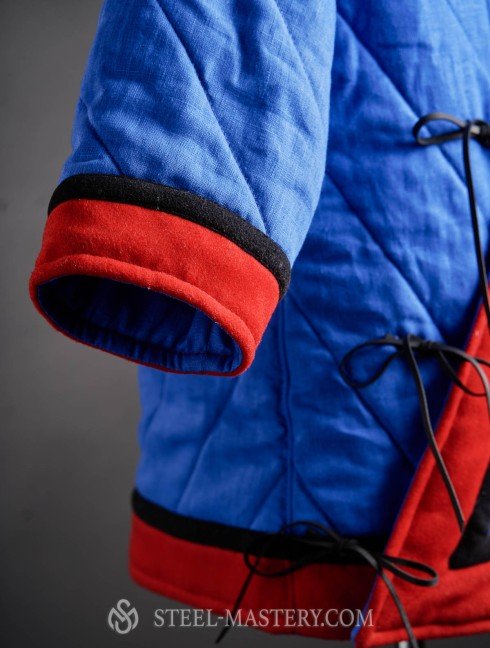 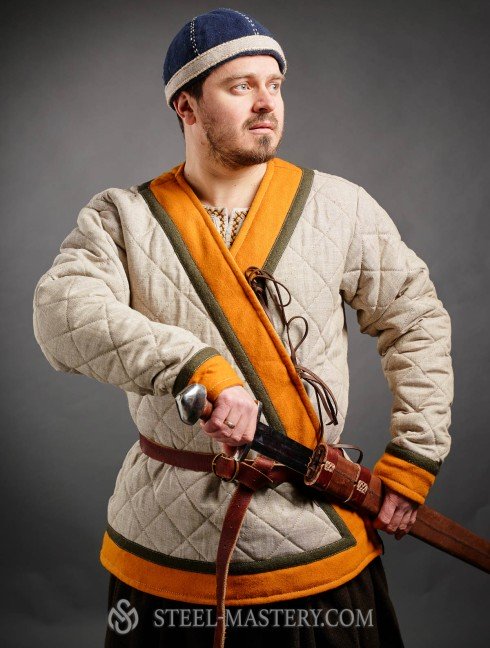 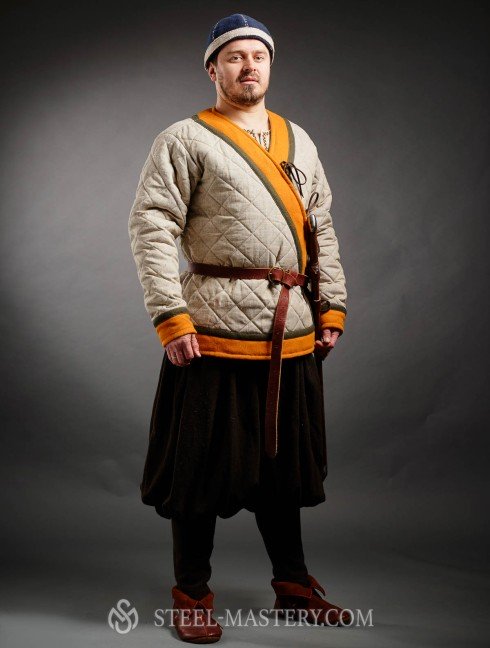 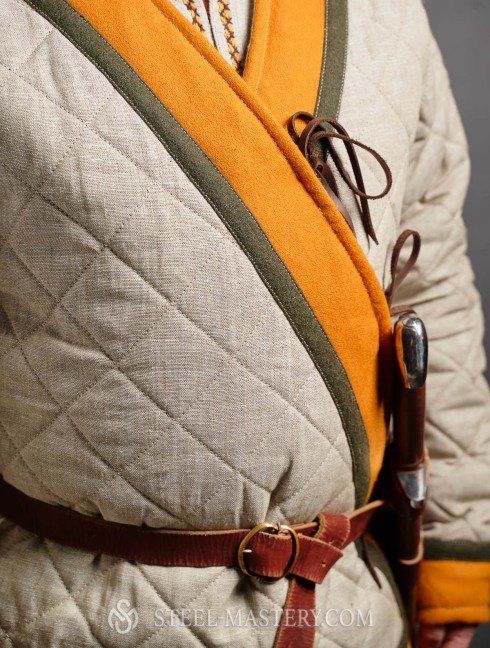 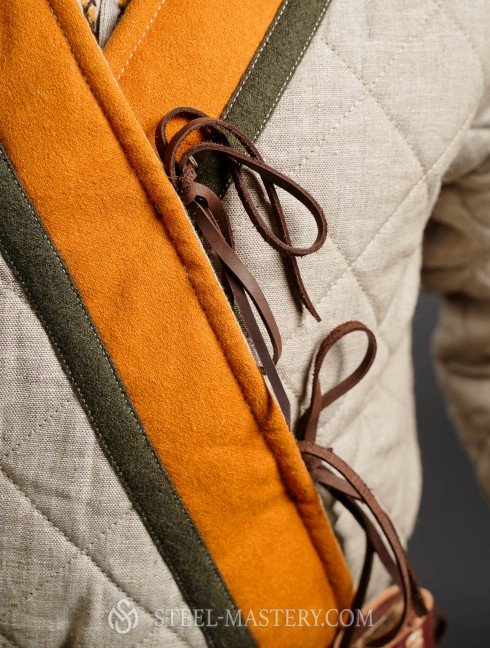 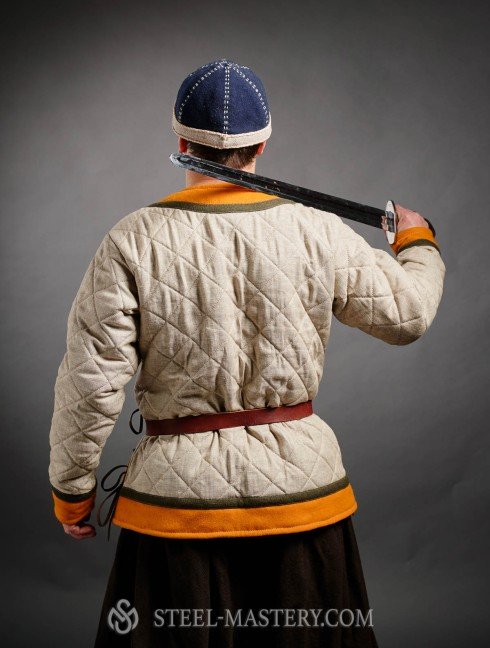 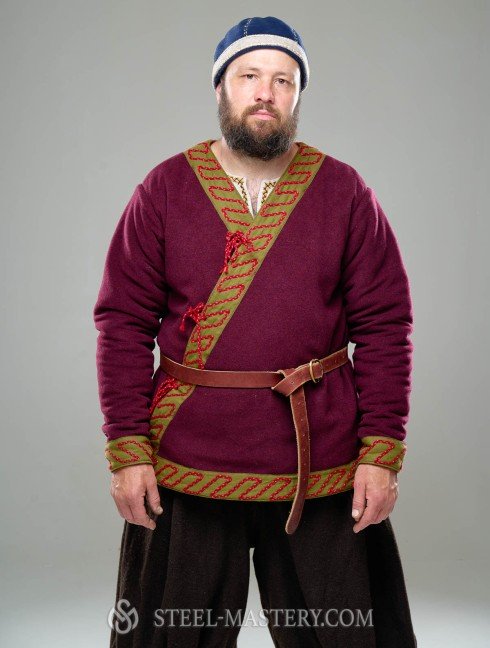 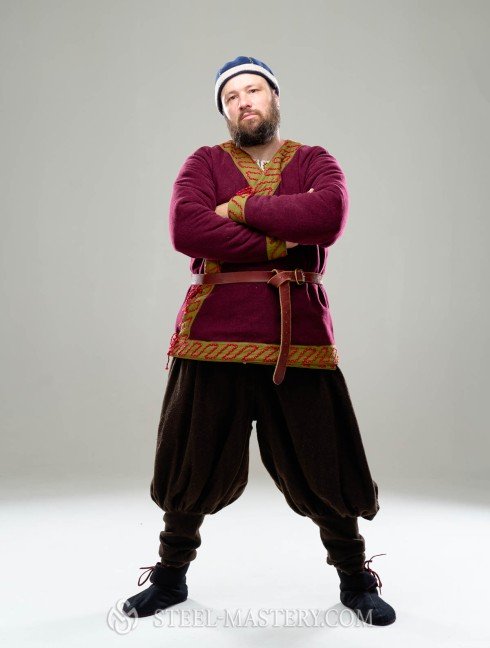 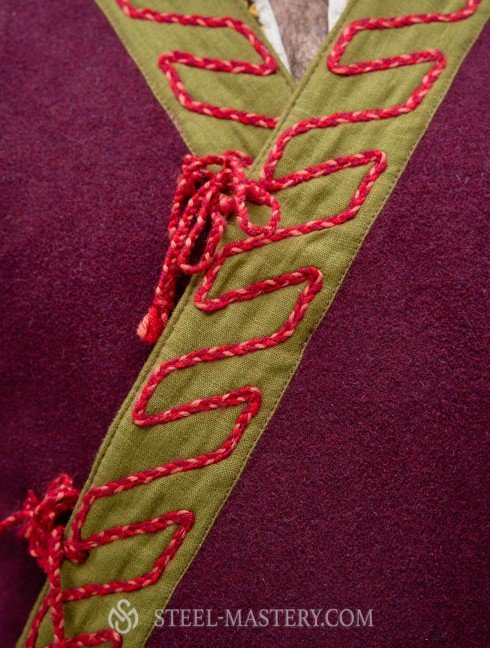 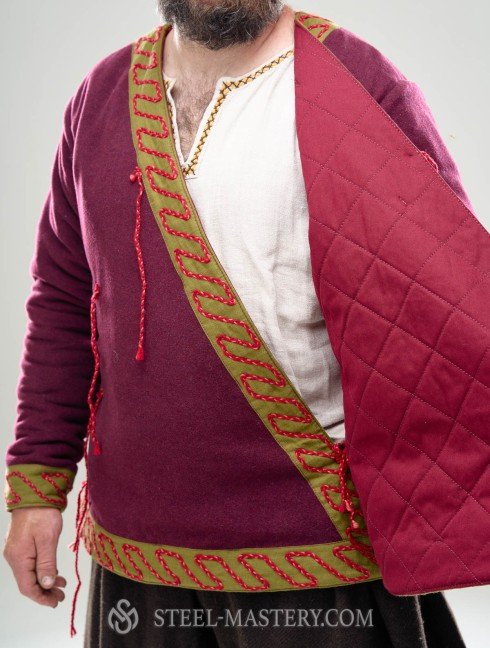 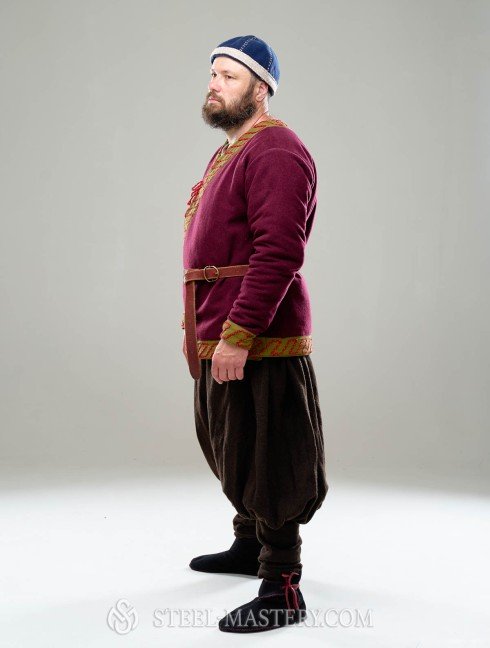 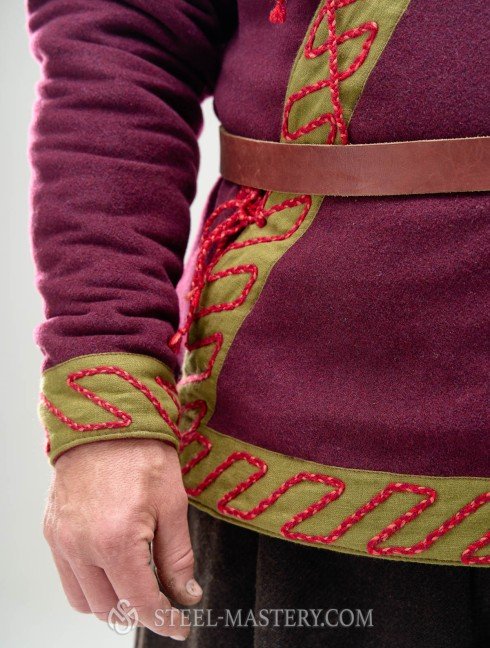 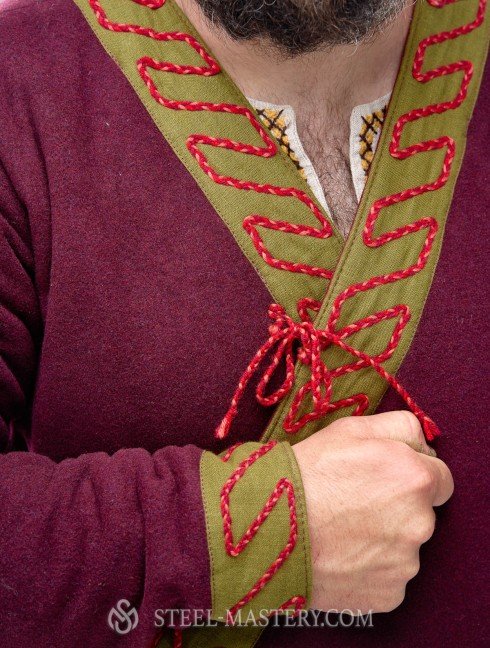 My mother told me

Someday I would buy

The Hedeby Klappenrock is our new gambeson – a very early-medieval and astonishing one. The Hedeby short fall jacket is stylish and was quite popular among Scandinavian warriors.

Why is this the gambeson that you just can't help but buy? Because no matter what time of year it is – it’s always a good time to go for plunder and glory! Well, besides your trusty shield and battle ax, it wouldn't hurt to put on something worthy of a wolf of the sea. For example, a dashing and popular among brothers-in-arms short jacket from Hedeby – Hedeby Klappenrock, in particular.

Let's face it – to live at the turn of the X-XIth century among the Vikings and not have Hedeby-style gambeson was a shame. Yeah, all the straight dudes like the Continental Saxons and the ones pictured on the helmet plates from Sutton Hoo wore those too. So how do you still not own one?

We offer three types of quilting to choose from – diagonal, diamond and invisible quilting. All three are very neat looking, so it's just a matter of your preference:

Also, the sleeve can be short or long depending on your choice. Note that the sleeve will be stitched in any case because the cut of the jacket is such that the arms go up in it quite freely. So it just doesn't make sense to add lacing or make a hole under the arm.

Also, this chic Viking jacket can be decorated with wool or/and linen (cotton) stripes, one of them or two combined, as you wish, or by woolen braided cord (option – Decoration 2).

As for the thickness of the jacket, it can be exactly the one you want. One layer or five – it’s all up to you. We can do even more but then you just won’t be able to move in it.