Here is Khudesutu Khuyag for your attention – respectable, grand lamellar armor of the noble Mongol warrior. It is wide and massive; it inspires with respect and deters an enemy. This typical representative of protecting outfit in the Great Steppe, which was not as wild as one got used to consider.

To the XIV century, it’s been a long time since Mongol army got dressed in trophies from raids, as Chingisids set up production of Mongol-Tatar armor on the commercial scale in the conquered regions with high level of handicraft industry.

Iranian miniatures are a real goldmine of information of how medieval plate armour Khudesutu Khuyag was looking like in the XIII-XV centuries. 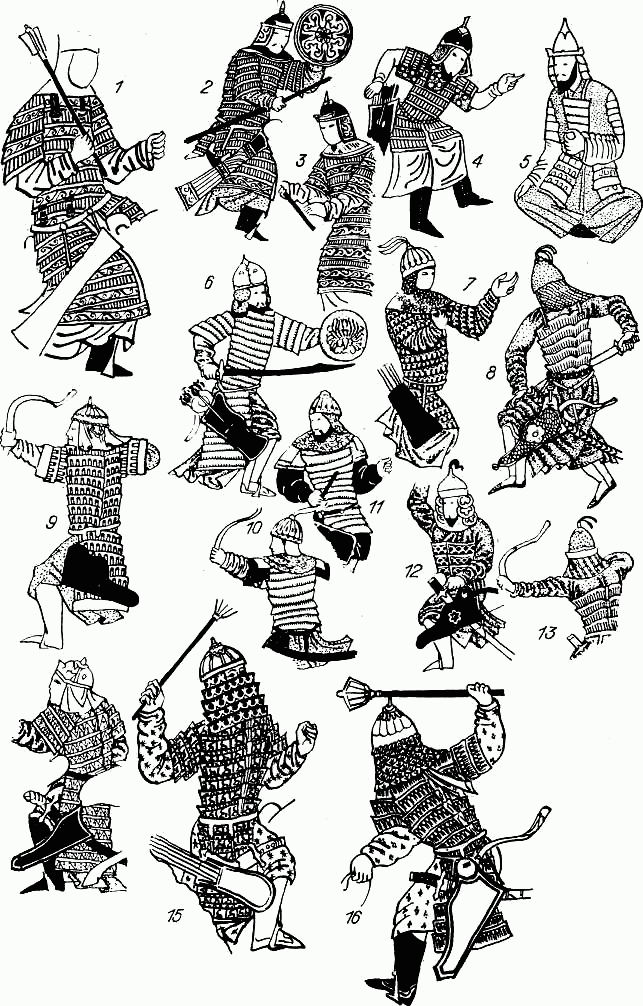 Essentially, types of Mongol armor could be divided by materials (hard and soft) and by design (cuirass-like and vest-like models).

Our today’s hero is a cuirass-like Khudesutu Khuyag with spaulders and skirt-tasses. It has been carefully reconstructed by painting sources from Iran, China and Japan. This functional medieval armor is a real gem of the Mongol protecting armor. It protects at the highest level, without restricting of fighter’s movements. At the same time, it looks flawless, still being a historically correct. Spaulders and skirt are available for choosing in options.

We offer reenactment lamellar armor, made of 1.0 mm polished steel plates, which are linked together with strong cord on the firm and soft leather base. Belts with steel buckles are reliable fastenings of this lamellar armor. By your wish, we may change color of leather and cord, thickness and type of metal, design and metal of buckles.

By the way, tracing early versions of this armor, we could not but pay attention to the Old Turkic cuirass. It had been found in the burial site Balyk-Sook, which is located in the valley of Ursul River (Central Altai). Armor is dated by the VIII – early IX centuries.

This lamellar armor had been assembled of separate elements, made of lamellas. Full set included shoulders, front protector and backplate, fastened with shoulder belts and side fastenings, and a belt, supporting tasses. 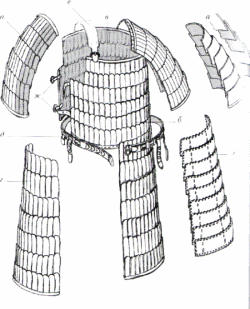 Steel Mastery is ready to make this armor for you as well!