When the conversation drifts to armor, so knight metal armor is the first what crosses mind, or a chain mail at the very outside. If there is talking of the Orient, so one remembers samurai armor. But, in such conversations, one usually forgets to mention armor, which warriors worn in the lands between Europe and Japan during centuries. Manufacture of such armor required considerable skills and patient work. However, it was almost non-defeatable armor without mobility decrease. We are talking about lamellar armor.

There is freaking old representative of body protection. One thing is for certain that Assyrians worn it in the 900-600 B.C. As the first Assyrian artifacts, which are classified as elements of lamellar protection by archaeologists, are referred just to that historical period. The earliest intact representatives of lamellar family of had been found in China so far. There are 12 sets of lamellar armor, made of lacquered leather, which were waiting for their time in the tomb Sui-hsien, Hupei, dated by the 443 year B.C.

For example, you may admire fragments of the lamellar protection from the Roman-Parthian border, dated by the III century: 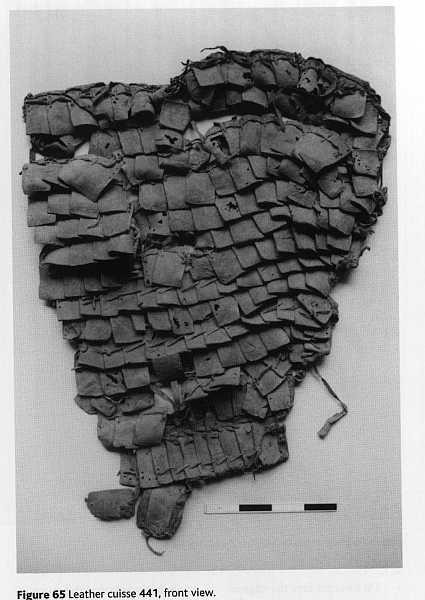 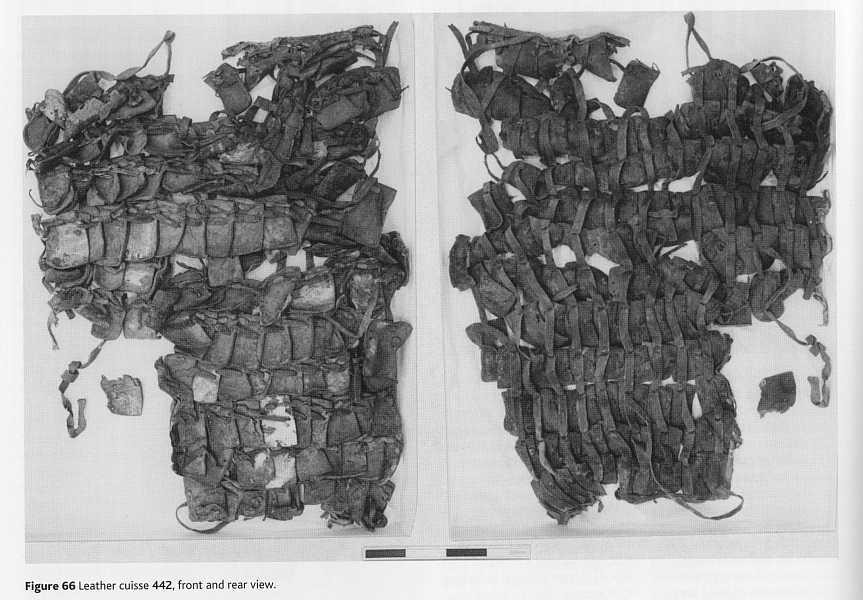 It is interesting that design of this armor appeared so effective, that lamellar armor was in use among different cultures since those ancient times and until the XVI century.

We decided to recreate the full-featured lamellar armor, made of armor, to gladden all the connoisseurs with the perfect copy of ancient protection – functional and light custom leather armour. As a sample, we took lamellar armor, which was founding he 1891 year by professor Y.A. Kulakovskiy in the underground burial place on the Gospitalnaya street, Kerch.

Remains of one or two armors, made of figured lamellar plates, had been found in the Kerch catacombs. Researchers correlate plates’ design and shape of the obtained artifact with Avarian lamellar armor (Central and Eastern Europe). However, similar armor and its pictures had been also found on the territory of the Central Asia. In general, historians date burial place and armor by the second half of the VI – early VII century. 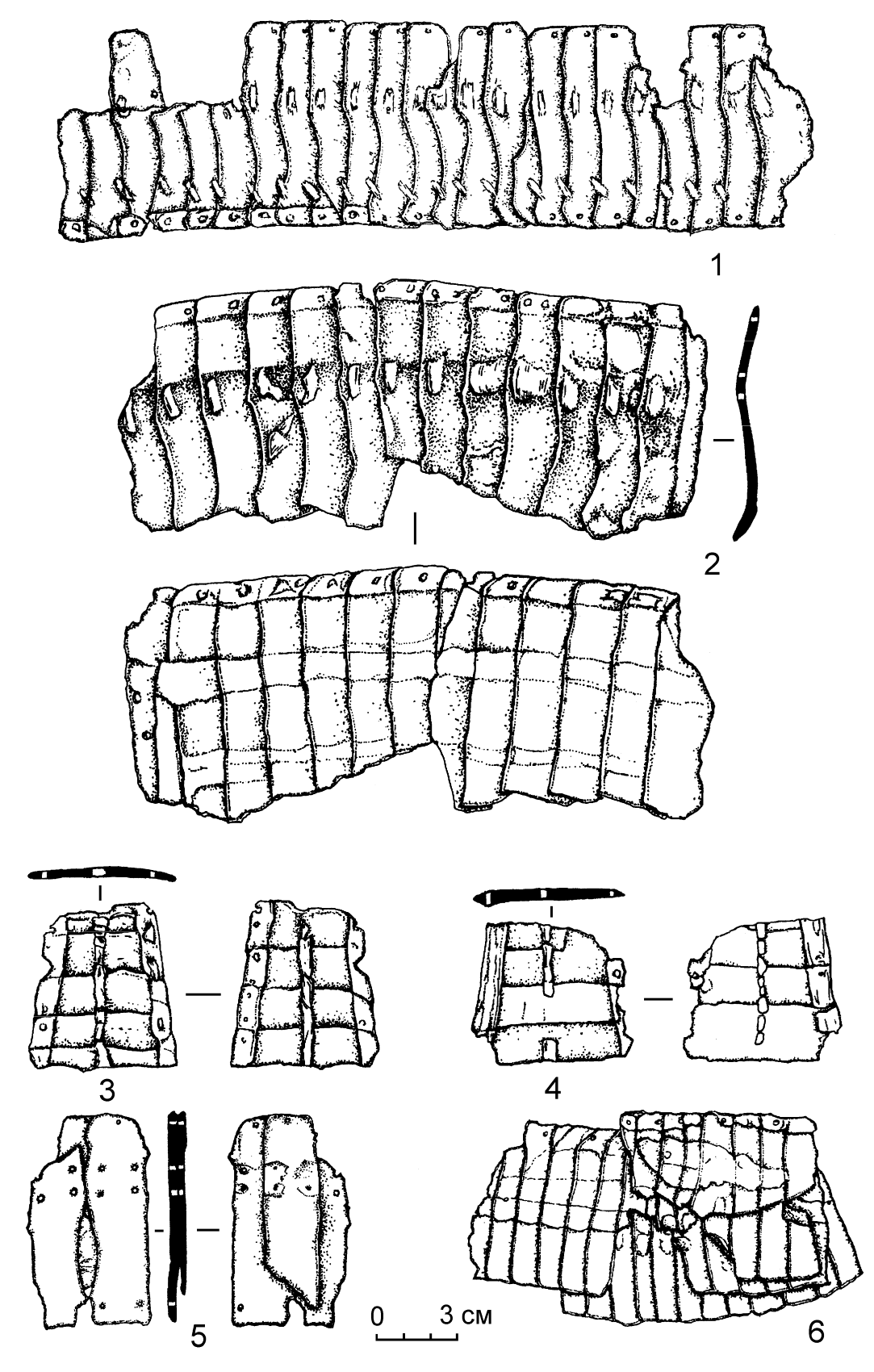 It’s not worth to think that we were founding on the above-mentioned burial place only. Similar armor had been found in the different countries and in the different time. For example, here is an armor from the cave Niederstotzingen (Germany), dated by the 610 year: 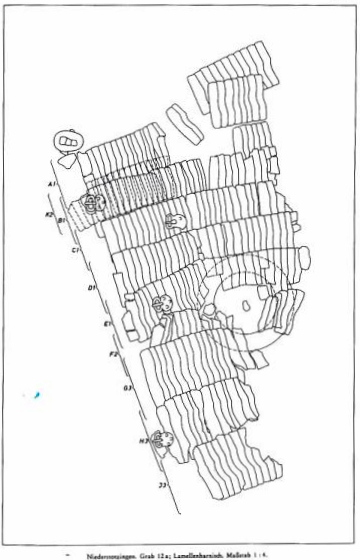 Or, this lamellar armor from Gellep (Germany), dated circa 540 year: 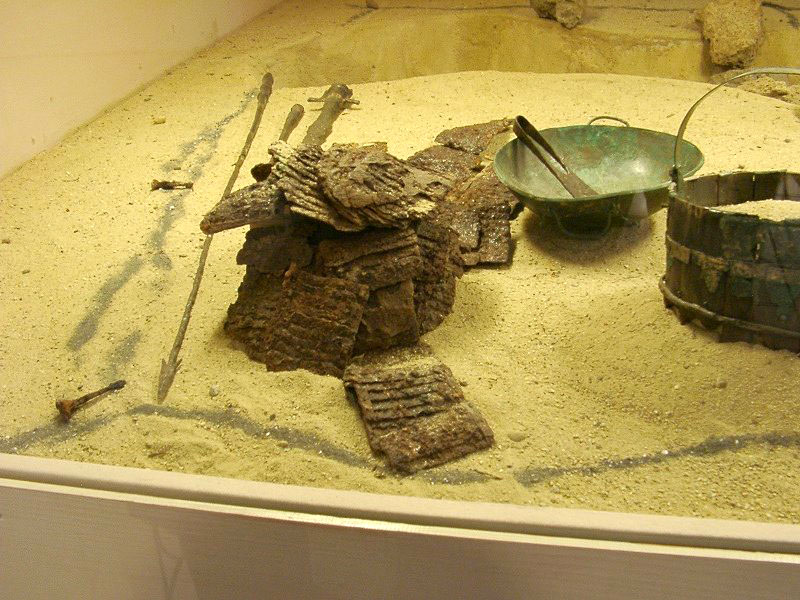 Also, we were drawing upon findings from the grave-mound group of the Eastern-Malayan burial ground. In particular, there is one of the military burial site, which is located there.

There is full lamellar armor of the horseman, one of the few intact cuirasses of this type with full set of all armor segments. Basing on the rest of findings from this burial place, this lamellar cuirass is dated by the middle- second part of the VI century.

Lamellar armor from the 12 grave-mound of the first Easter-Malayan II burial ground: 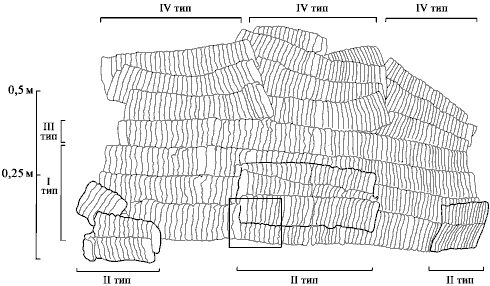 On the grounds of all of these materials, our artisans made lamellar armor, which is full set of leather armor. Basing on the findings from above-mentioned burial places, plates, similar for period and shape, we follow the archaeologists and historians and suggest that wearer of Kerch armor worn lamellar set, consisted of two halves of the corset cuirass, spaulders and tassets.

Craftsmen of Steel Mastery made this battle ready leather armor of thick leather and firm cord. It is light, flexible, comfortable, reliable and simple good-looking on the wearer!