Awesome and majestic Gothic architecture of Europe XII-XVI centuries reached its peak in the XV century, setting the tone not only architecture, but also lifestyle in general. If you had an occasion to visit Cologne, so you couldn’t but notice Cologne Cathedral, the third highest cathedral in the world and Gothic architectural pearl. 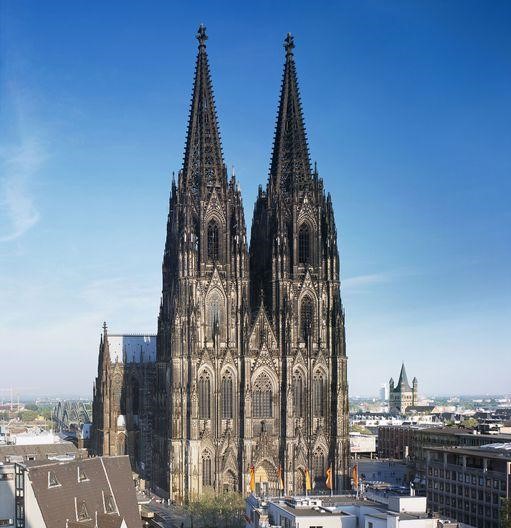 Inspired by openwork arcs of this sample of high Gothic architecture, we followed in the footsteps of medieval artisans and embodied our impressions in this belt. Buckle and strapend look like pointed arcs of cathedral, uprushed to the sky, with midnight darkness of black leather, blinking in the wind rose and between columns, which keep vault. Strapend ends with pointed arrow – miniature steeple, which is directed down to the ground, not to the sky.

One sight at this belt carries you to Germany of the XV century, to the steps of ancient cathedral. In this belt, we tried to express spirit of those severe, but amazing times, when beauty frightened and luxury was ascetic. As a result, there is severe and superb belt. If you wish leather of other color, we always open to suggestions.

By the ways, you may also add belt mounts by your regards, as Gothic cathedral is always rich in ornaments.